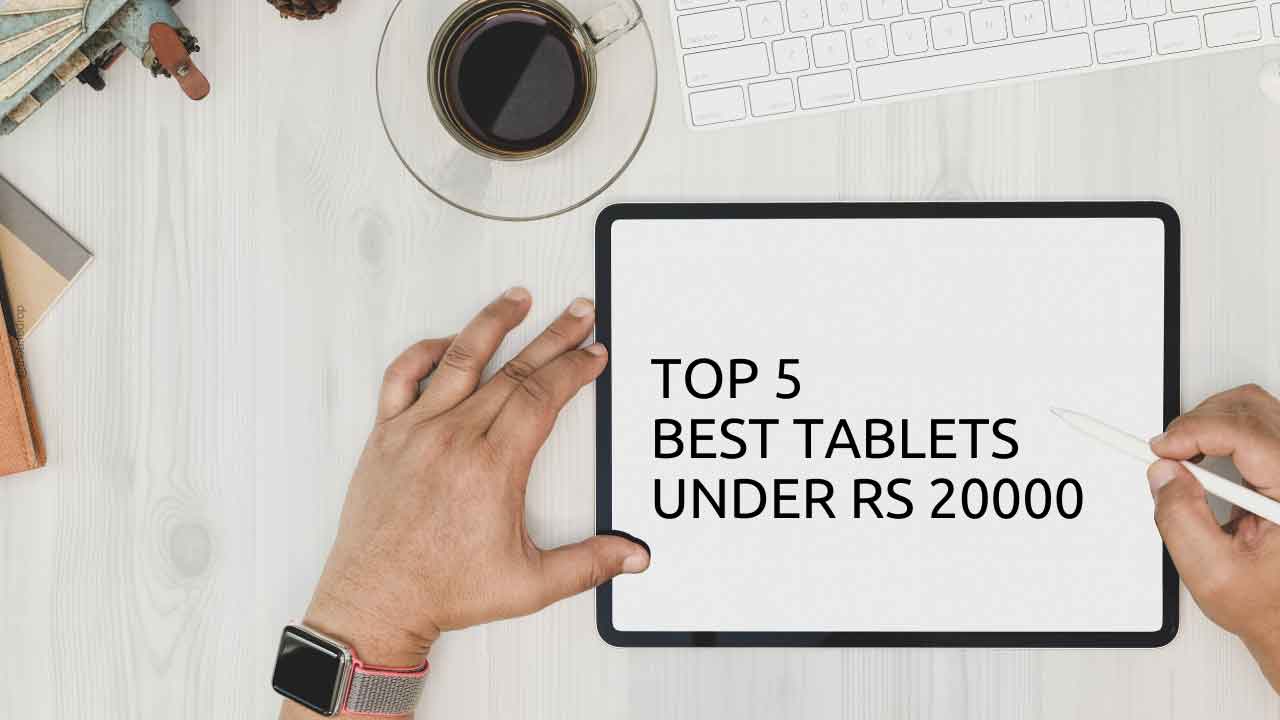 You don’t have good options if you want to buy a new tablet under Rs 20000 in India because most Android manufacturing companies are not launching new tablets every year and that’s why almost everyone is ended up with iPads.

Yet, I have found some good tablets which are running on Android OS because let’s face it, you won’t get an iPad under 20,000.

Also, performance for each tablet is going to be below average which means if you want the best tablet for the long term then you have to invest above 30k on a tablet.

Want to save money, you can follow topbestinINDIA on Telegram. I will be posting deals every day and you can also chat with me, so if you want to buy something, ask me, will chat about it. Here is the discussion Telegram Group. See you there…

As of now, if your budget is Rs 20000 and if you want the best tablet for media consumption then you won’t get a better tablet than the RealMe Tab 4. It has almost everything that the budget tab should have, including a bigger display, bright panel, decent processor, solid battery life, and great design.

Again, this tab is not made for gaming, you can play a few games but it won’t give you the best performance in heavy games like PUBG or even COD Mobile.

So consider RealMe Tab 4 for media consumption and for day-to-day use, don’t buy to play games. For gaming, you have to go with iPads.

This is a WiFi variant that means you can’t take calls, also, Galaxy Tab A is not built for gaming. If you want to play games like PUBG, COD, and many other then you have to invest more than 30k.

This is the best tablet for media consumption, also, if you want to gift this table to a child then she or he gonna love it and it’s not an expensive one.

Overall, if you’re buying this tablet for gaming then don’t because it won’t able to handle heavy gaming, it’s built for media, so use it for media consumption.

The only reason why I didn’t pick this tab in the first place it’s because of its updated situation. Lenovo is very bad with updates, this tab won’t get any new updates in the future that said, if you’re okay with Android Oreo then you can buy this tab over Galaxy Tab A.

Like, Galaxy Tab A, this Lenovo Tab M11 is also not built for gaming. Yes, you can play some lite gaming but when it comes to games like PUBG and COD, it won’t give you the best result. I will say, buy this one if you’re okay with Android Oreo.

The HUAWEI MediaPad T5 is running on EMUI 8.0 which is based on Android 8.0. This is also an FHD+ tablet and it also comes with an LTE option.

As I have said, mentioned all the tablets are not built for gaming, you can play lite gaming but you won’t be able to play games like PUBG and COD.

This is a good tablet but now, it depends on whether you want pure stock UI or HUAWEI ‘s EMUI. One more thing, this one also has all the future which are present on the first two tablets.

This is an old tablet yet I have added here why? because it has the best speakers. So if you want budget tablets for media consumption then this one is for you.

The Lenovo Yoga Tab 3 is running on Android 5.1 Lollipop, I know, a very old OS but what this tab is offering is not that old.

I will recommend this tab to those people who wanted a tablet for only media consumption that’s it nothing else. Also, Lenovo Yoga Tab 3 comes with 8400mAH non-removable.