Samsung doesn’t offer the best budget smartphones as compared to RealMe or Xiaomi because Samsung always goes with Exynos processor but this time things changed a little bit because newly launched Galaxy M51 is powered by Qualcomm Snapdragon 730G processor which is far better chipset then Exynos 9611.

Also Read: Samsung Galaxy M51 Re-Review after 3 Months of Use

Also, Samsung Galaxy M51 is the world’s first smartphone to feature massive 7,000 mAh battery with 25W fast charging support. The weight of the Galaxy M51 is about 213 gram which is quite impressive because it has a massive battery. This time Samsung went all out because they have also used 64MP Sony IMX 682 sensor instant of their own.

Everything seems great, isn’t it, things will get a little bit tricky when heard the price.

You can also read – Is it Worth buying Samsung Galaxy M51

Samsung Galaxy M51 comes with 6.70 inches AMOLED punch-hole display with 1080 x 2340 pixels resolutions. This is a 60Hz display, there is no high refresh rate screen, so you wanted to 90Hz or even 120Hz then you can stop right here because this is not the phone you’re looking.

Now, if you want the best display quality under Rs 25,000 then you’re in the right place. As I have said, Samsung produces the best displays in the world and this is what you gonna see on Galaxy M51. The display on Galaxy M51 is just amazing, blacks are blacks, you can see every single detail while you play games or even if you watch movies on Netflix.

By the way, Galaxy M51 has Widevine L1 certificate which means you can stream FHD+ content on all the OTT platforms. Display brightness on Galaxy M51 is 420 nits that means you can use this phone under the sunlight without any problem, you will able to see the display properly, you can also play games outdoor without any issue.

Overall, I haven’t had any problem with Galaxy M51 display but I will not give 10 out of 10 because this phone doesn’t have the 90Hz display which is not acceptable in 2020. Almost every single budget smartphone either have 90Hz or 120Hz screen refresh rate. The OnePlus Nord also has the 90Hz AMOLED display. So Samsung could have provided 90Hz but they didn’t.

I think you already know, how is the build quality of Galaxy M51 because Samsung has used plastic build on 70k smartphone (guess the phone, hmmm), so how you expect the Glass build on Galaxy M51. Yes, Galaxy M51 comes with Glass front (Gorilla Glass 3), plastic back, plastic frame.

I really don’t want to say much about build quality because it’s plastic and it’s not great at 25k, so you have to compromise if you want Galaxy M51 but if you can’t the OnePlus Nord checks all the boxes, go with this one. One thing I have to say, the phone doesn’t have the rear camera bump like what you see with many smartphones which is good.

Samsung Galaxy M51 comes with 64MP primary sensor, 12MP ultra-wide lens, 5MP depth sensor, 5MP macro lens while there is 32MP front camera. The phone can also shoot 4k@30fps with rear camera which is good and this is not an addon feature because it’s present in below 20k smartphone, it’s good to see on budget Samsung phone.

The phone also has Pro-mode in the camera app itself which lets you control everything, you can adjust the Sutter-speed, ISO and more. By the way, Samsung didn’t cut down any feature from the camera app, it’s the same app which is available on Galaxy Note 20 Ultra.

That 64MP Sony IMX 682 sensor will take some awesome images under the sunlight or with good lighting condition, this is the new Sony sensor that means it will give the best possible result.

Now if you like me then you may need to use Pro mode. Still, I think, at 25k I don’t a complaint, I’m happy with what Galaxy M51 offers.

The phone also has dedicated night-mode which is quite good but still, I would say wait for some time, someone will make GCam version for Galaxy M51 and after then it’s gonna best cameras. There is also 12MP ultra-wide lens and 5MP+5MP macro and depth sensor, I won’t talk about those two 5MP-5MP sensors because most of the people don’t use macro and even depth sensors, it just there for the showcase.

12MP ultra-wide is good as compared to Galaxy M31s, images turned out to good. It’s not like, you will get best ultra-wide shots but at 25k, it’s not that bad.

I won’t say much about processor because Snapdragon 730G is the well-tested processor, we have seen with many budget smartphones. The Galaxy M51 is running on OneUI 2.0 which means, the processor will give it’s best possible results.

Still, I would say Snapdragon 765G would have been the best choice but Samsung went with Snapdragon 730G, you can clearly see the cost-cutting. Samsung is a brand, so it’s obvious that they will charge some extra money for the brand, so don’t expect too much from Samsung at a budget price.

As far as I know, the phone will last for two days, you have to charge the phone at the end of the second day but if you’re a heavy user then you may need to charge at noon. The phone also has 25W fast charging support, so there won’t be any problem, in short, this is the best if you want a phone for office or just for calling or surfing, I would say buy Galaxy M51 over OnePlus Nord.

Samsung Galaxy M51 checks all the boxes, the phone has powerful Snapdragon 730G processor, massive 7,000 mAh battery, best AMOLED display, 25W fast charging support. Everything is perfect on Galaxy M51 but the phone is priced at 24,999 and this is where the thing gets a little bit tricky, it’s an overpriced smartphone but it’s Samsung. Still, Galaxy M51 is the best option even at 25k, you can buy without a second doubt.

Do I recommend Galaxy M51?

Yes, I do recommend the Galaxy M51 because it has everything which normal users are looking for, so even if you play games then this Galaxy M51 is a good option because the phone has Qualcomm Snapdragon 730G which will handle almost every single game without any problem. The phone should have launched at Rs 21,999 but it’s the dream, Samsung never launch these kind specifications at 22k.

If you don’t want to buy Chinese smartphone or even if you’re okay with Chinese phone the still, you can consider Galaxy M51, you won’t have problem after buying. 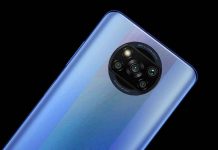