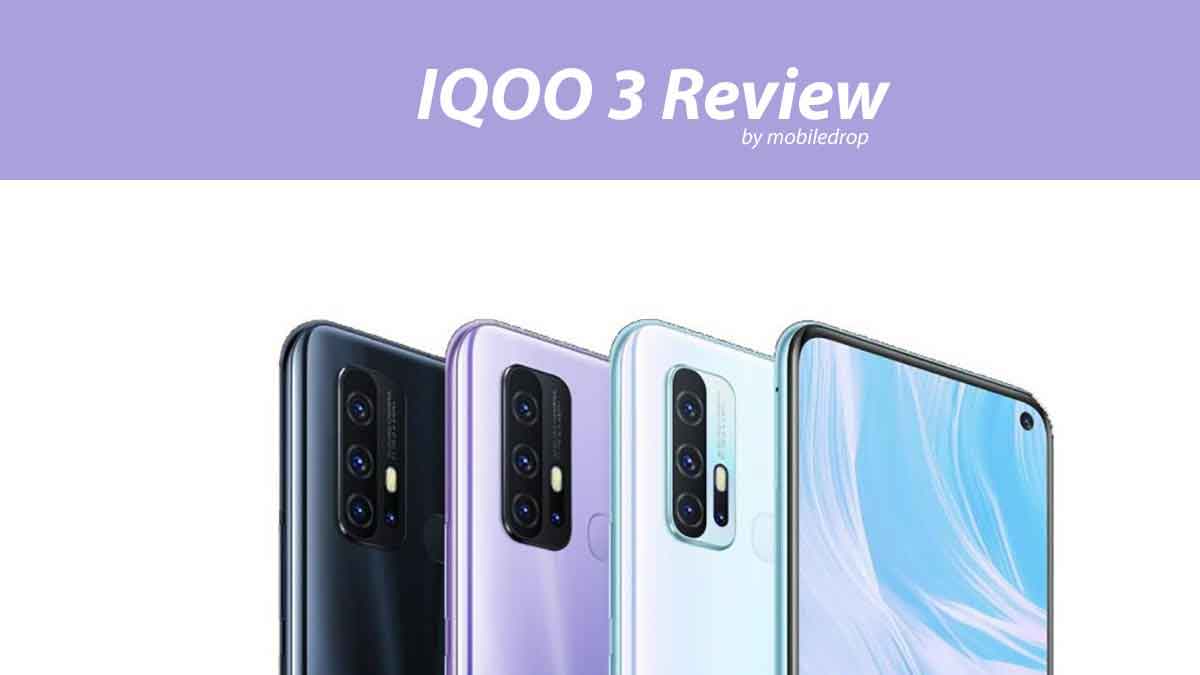 The first phone from IQOO aka Vivo has launched in India, we all know its IQOO 3. The phone also has 5G support and it’s powered by a powerful Snapdragon 865 Processor, this is the best chipset available for Android right now, so nothing to worry about performance here, so what’s wrong with the phone then?

So this is what we gonna find in this Review, every product has its own Pros and Cons. So let’s find out what kind of Cons you will get with IQOO 3.

Okay, so the phone has a Quad camera setup, an all-new Snapdragon 865 Soc, in-build gaming triggers, whopping 55W fast charging support, all these things you’re getting at Rs 36,990. As I have said earlier, this is Gaming focused phone, so if you’re okay with a good camera setup and don’t want the best camera setup below 40k then this could be your next phone.

Now, let’s talk in-depth and find out whether you should by IQOO 3 or not.

Most of Android smartphone makers is using 90Hz or 120Hz display’s on their flagship smartphone but IQOO went with a 60Hz display but that display has a 180Hz Super Touch Response rate which is what apple is doing with iPhones.

If IQOO has provided both 180Hz Super Touch Response rate & 90Hz together then it would be great, now you will say, a company can’t provide everything at 37k. So, if you don’t know, Realme has also launched its flagship Realme X50 Pro and that device has both things, so why IQOO didn’t provide it?

Overall, you won’t get any problems while playing games or even while consuming media content but if you want an overall good phone then this won’t be it.

SCHOTT Xensatio glass is not that bad but if they have used Corning’s glass then it would have been great, nevertheless, you won’t get any problem in the build.

As I have said, IQOO 3 is more focused on the gaming side of things. Still, this is the 2020 flagship smartphone which means you’re getting an all-new Qualcomm Snapdragon 865 Processor which is built on 7nm technology and A77 architecture. You’re getting the new chip with the greatest Adreno 650 GPU which will give you the best possible gaming performance.

Talking about gaming, the company has used Carbon Fiber Vapour cooling system. If it’s a gaming smartphone then the company needs to provide a dedicated gaming trigger and this is what IQQO has provided with IQOO 3 which IQOO is calling Monster Touch Buttons.

Good thing is, that the button is very responsive, so you need to tap it two or three times.

One more thing, the phone is running on Fun-Touch OS 10, oh sorry I mean IQOO UI 1.0 based on Android 10. Yes, this is adapted from Fun-Touch OS, so if you don’t like Vivo’s UI then you won’t like this either.

Overall, the phone is a powerful beast, you will be able to play everything available in the Play Store without any problems.

I made it clear in the beginning, don’t expect much from the camera department. However, the IQOO 3 comes with a five-camera setup on which four are present on the rear side while one is on the front side. On the rear side, it has a widely used 48MP primary Sony IMX582, 13MP ultra-wide lens, 13MP telephoto lens, and 2MP depth sensor while on the front side, it has only one 16MP Samsung S5K3P9SP04-FGX9 sensor with f/2.45 aperture.

You won’t get the worst camera quality but if you are that person, who clicks tons of pictures and want the best camera setup below 40k then I won’t recommend this phone to you.

You can either take a look at RealMe X50 Pro or wait for the OnePlus 8 series.

The phone also has all the features like super night mode, super anti-shake mode (super steady mode), and portrait bokeh. On the video side of things, cameras also support Electronic Image Stabilisation (EIS). As for video recording, the rear cameras support up to 4K video recording at 60fps.

Now, there is nothing wrong with what IQOO has done here. The phone is built for gamers yet they have given a good camera setup but it’s not a balanced phone, this is what we have seen with Asus ROG Phone 2.

I would say, first decide what you’re looking for in a smartphone and then invest your money.

The phone is packed with a 4,440 mAh non-removable battery with whopping 55W fast charging support and the charger is supplied in the box, so no need to buy it separately.

I do use this paragraph in the ‘Is It Worth‘ series, so don’t mind “the battery life depends on your phone use if you every day play games for 6 hours then you need to charge a phone every 6 hours but if you’re like me and don’t use the phone very often then it will last for a day.”

In short, the battery is good on this phone but in the end, it will depend on what kind of activity you do every day.

Good news, the phone has a 3.5mm audio jack. IQOO has provided a stereo speaker which can go very load and also doesn’t lose the audio quality. The call quality is also good, so nothing to worry about. I think, for a gamer, this is the best you can get at 37k price.

As of now, IQOO has announced Volcano Orange, Quantum Silver, and Tornado Black color variants and they will available on the Flipkart India website from 4th March 2020.

IQOO 3 is available in 4G as well as in 5G and yes, the price for both the variants will be different. I have given the price details down below, the first two are 4G variants the last one is 5G.

I think I have made my point but still, if you want the final verdict. If you’re okay with Fun-Touch OS and good camera quality then this would be the phone but if you want great cameras and great performance then I would say take a look at RealMe X50 Pro or wair for the OnePlus 8 series.

Overall, in terms of performance and what IQOO has provided here is totally worth 37K but this is not for everyone because most of the people are not gamers.

Do let me know what you think about IQOO 3 in the comment box below. Choose that phone, which has what you’re looking for…

In this article:Android, IQOO 3, Phones