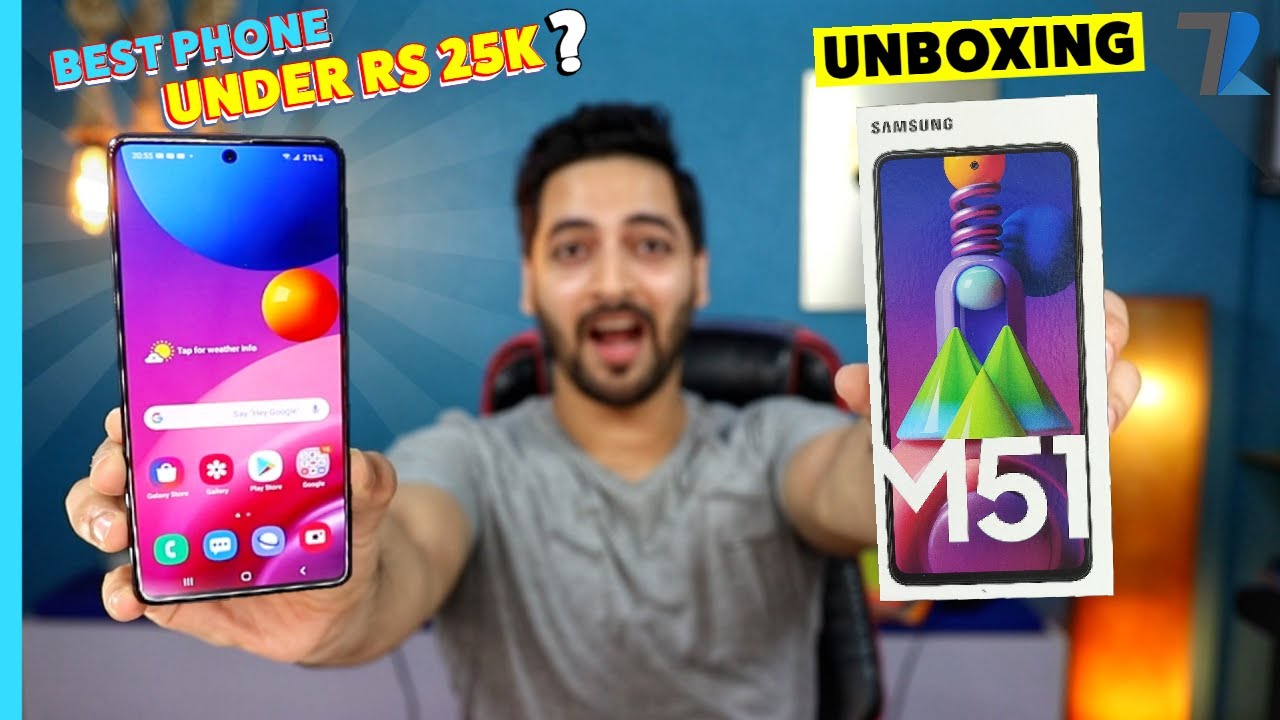 Galaxy M51 is the best phone Samsung ever produced at the budget price range, the phone has Qualcomm processor instant of Exynos and there are lots of things which Samsung borrowed from other company rather than using their own. I have already reviewed the Galaxy M51 but still, if you’re confused then let’s see 5 reasons to buy Galaxy M51 or 1 reason to not buy.

There is no doubt about Samsung’s display quality because even Apple uses the Samsung panels on iPhones. The Galaxy M51 has 6.70 inches FHD+ Super AMOLED display and let me tell you one thing, this phone has the best display under Rs 25,000. The display is not high refresh rate but still, I feel it’s better to have good quality display rather than having a 90Hz LCD display.

So if you want the best quality display then Galaxy M51 is the best option. As I have said in the Galaxy M51 review, whether you play games or watch movies, black colours will be black, there won’t be any kind of over saturation in the display.

After I don’t know how many years, Samsung went with Qualcomm processor rather than using their own Exynos processor at a budget price range. That means the phone will give the best possible result in every single department. Whether you want to play games like COD Mobile, Fortnite Mobile or any other, the Snapdragon 730G can handle all the games without any problems.

The phone is also running on Android 10-based on OneUI 2.0 and this UI has all the feature which is present on Samsung’s flagship devices. So there is cut-down in OS, it’s the same from Galaxy Note 20 Ultra.

Samsung Galaxy M51 comes with 64MP Sony IMX 682 primary sensor, 12MP ultra-wide lens, 5MP depth sensor, 5MP macro lens while there is 32MP front camera. You can see, Samsung didn’t use their own camera sensor which is a good thing because Sony sensors are always better than Samsung’s.

Overall, the phone has good cameras under 25k. I won’t say much because I have already said everything in Galaxy M51 review, so you can read about camera there but in one line, Samsung didn’t compromise in cameras, the phone has great camera setup.

Have you ever imagined that the phone will have 7,000 mAh battery, if yes then you may have imagined bulky phone but this is not the case with Galaxy M51? The phone weight is about 213 gram which is heavy but still, I feel it’s not heavy as the phone also has a massive battery inside.

So if you don’t want to buy Chinese product then this is the best option.

If Samsung can use plastic build on 70k smartphone then this is 25k phone, how you can expect them to use glass at a budget price. As I have in the review, no company will give you a perfect smartphone whether it’s 20k or 1 lakh phone, there will be some flows.

The Galaxy M51 has Glass front (Gorilla Glass 3), plastic back, plastic frame. So if you’re okay with plastic build then Galaxy M51 is best phone to buy at Rs 24,999 but if you’re not then I think do take a look at OnePlus Nord or RealMe X3.

If you want the best cameras, good performance, massive battery life, Clean UI, best display quality, and if your budget is under Rs 25,000 then Samsung Galaxy M51 is a good option to go with. For the first time, I’m recommending you budget Samsung smartphone, I don’t know when I will say this again but for now, I feel Galaxy M51 is a good buy at 25k.

Samsung Galaxy M51 vs OnePlus Nord: Which one is better?

Is it Worth Buying Samsung Galaxy M32? Skip...