Samsung Galaxy M51 vs OnePlus Nord: Which one is better? 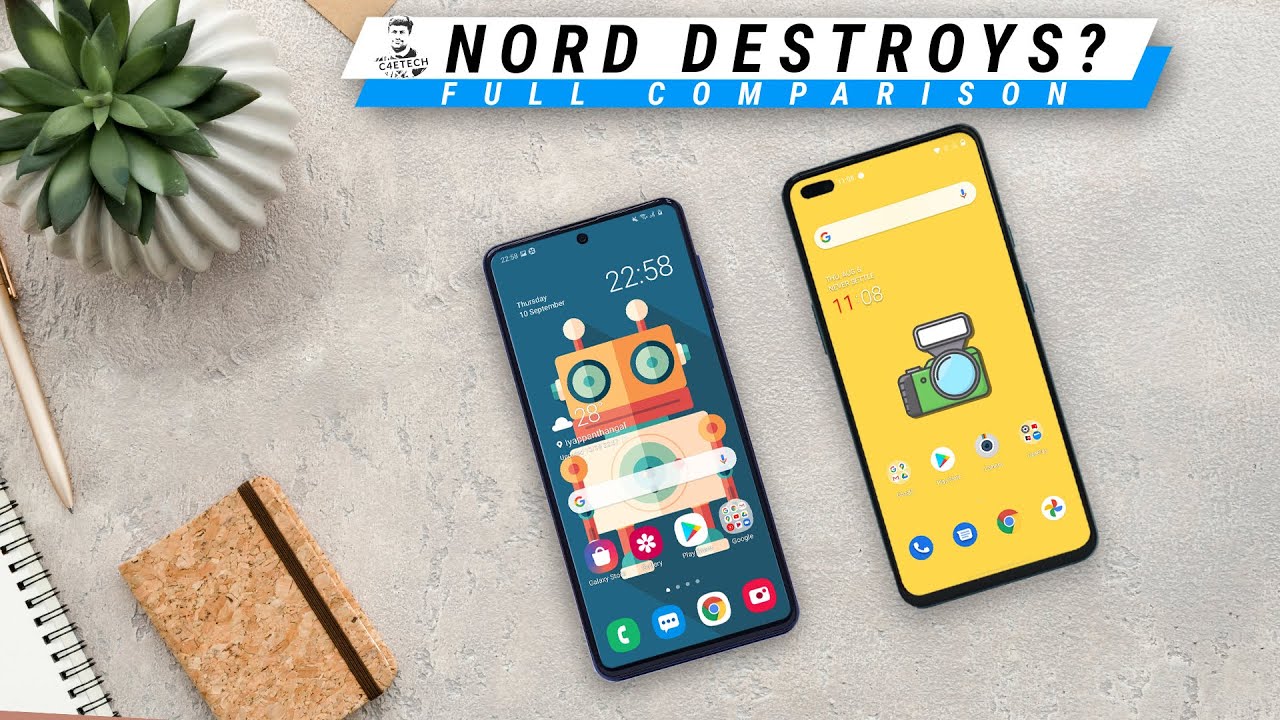 After a long time, Samsung has launched good mid-budget smartphone and same goes to OnePlus as well, Samsung has it’s own fan base because it’s non-Chinese smartphone while OnePlus is part of BBK electronics which is a Chinese company.

Now let’s begin the comparison and see which one you should buy at 25k?

Now, I don’t think I have to say anything because on paper and off the paper OnePlus wins the round. That 90Hz screen refresh rate coupled with Snapdragon 765G make everything smoother on OnePlus Nord while Galaxy M51 feels budget centric smartphone.

Galaxy M51 is a plastic smartphone which feels less-premium as compared to OnePlus Nord. Yet, it depends on you which one you like the most. If you ask me, I always go with Glass build which makes more sense at 25k.

I don’t have to say anything about performance because you already know which phone will wins this round. Still, let’s see which one will be better for you…

OnePlus Nord is running on Oxygen OS which is by far the best Android UI available. UI and better processor on OnePlus Nord win this round and also keep in mind, OnePlus Nord has 90Hz screen refresh rate which makes a huge difference.

If you want powerful processor, smoother display, fast charging support, best build quality, premium looking phone and good cameras then OnePlus Nord is the best option for you while if you want bigger battery and slightly better cameras then Galaxy M51 is the phone you’re looking for.

Which One Do I recommend

OnePlus Nord is what I say you should buy because it makes more sense. The phone has 90Hz screen refresh rate, Snapdragon 765G processor, best Android UI in the world without any bloatware, premium looking feel, everything on OnePlus Nord is just amazing. So it’s better to go with OnePlus Nord.

Yes if you want that Samsung brand and if you’re not okay with Chinese brand then yes Galaxy M51 is also a good option, there won’t be any problem in day to day use.

Which one will you buy, OnePlus Nord is my pick, let me know which one is yours…

Best Mobiles at Every Price Range in India (July 2022)

OnePlus Nord vs Motorola G 5G: Which is...