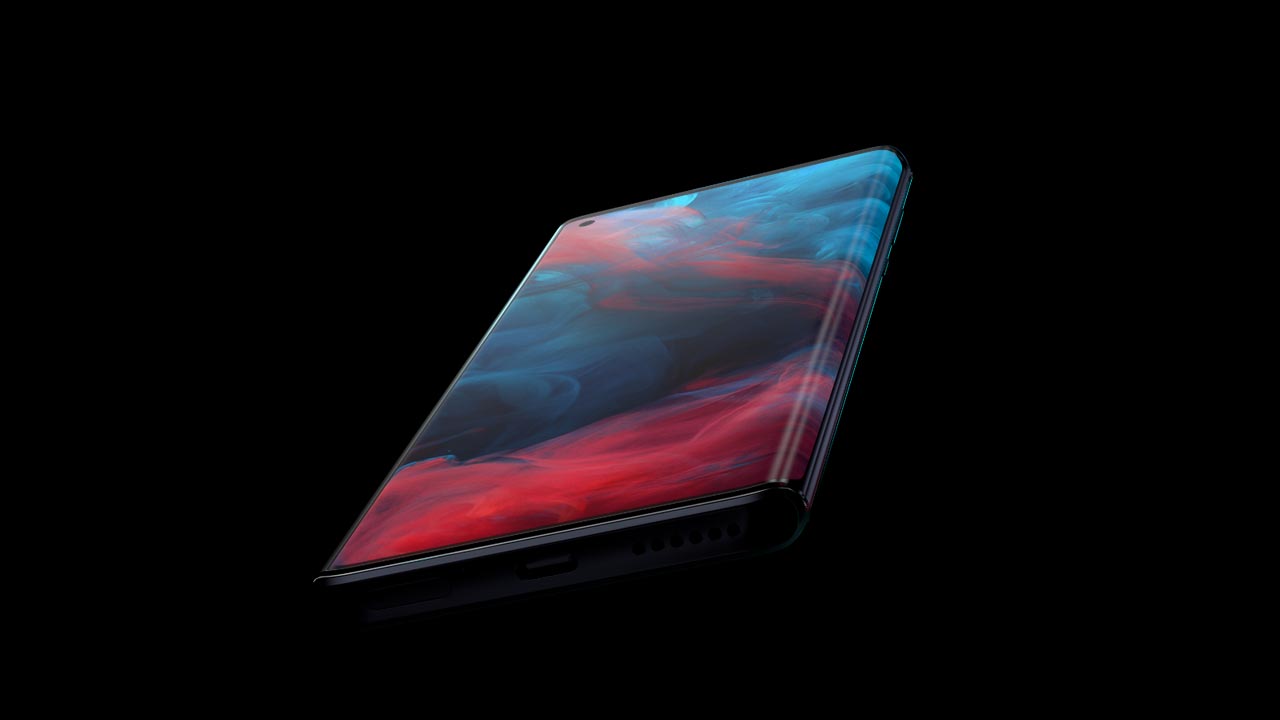 After a long time, Motorola has entered the premium segment, and finally, I can say Motorola has given a proper smartphone. Earlier we have seen Motorola smartphones but all of them are in the budget segment. Now, let’s see what new Motorola has provided with Edge Plus.

Before we jump into the review, Motorola has also launched the mid-budget smartphone which is called Motorola Edge. For now, let’s put that budget phone aside and let me tell you the US price for Edge Plus.

Keep in mind, whenever Motorola will launch this phone in India, the price will be different than the US market. Still, let me know, will you buy Motorola Edge Plus at 76k?

Display Quality: Cool but not cool

As you can tell from the device name, the display is an edge or you can say waterfall display. I love what Motorola has done with the display, it looks super amazing but it’s not practical because whenever you hold this phone, you will accidentally touch the screen and something will open.

Motorola has given the option to hide those huge edges but it doesn’t give proper solutions. Edge display does look cool but it’s not practical and I think companies need to cut little bit edge or just provide a flat display.

One more thing, the display resolution is 1080 x 2340 pixels, so you’re paying $999 for a smartphone in 2020 and you’re only getting FHD+ display which is not acceptable. As per Motorola, QHD+ display consumes more battery, to balance the battery life we have provided FHD+ resolution.

Overall, the display is good but the company can’t just give edge display and compromise in other factors. In short, if you’re okay with FHD+ display, huge edges, and 90Hz display then you won’t have any problem.

That waterfall display looks amazing but as I have said, it’s not practical to use. I mean whenever you hold this phone, you will accidentally touch the screen and something will open. Motorola has used Corning gorilla glass 5 on both sides. Still, Glass is Glass and glass breaks.

I don’t usually talk about design because it’s a personal choice. Here, I would say, if you can handle those huge waterfall displays and okay with accidentally touch then I think, you gonna love what Motorola has produced.

As I have said in many Mobile reviews, the design depends on a person by a person. For example, some people like pop-up selfie camera and some don’t, so I won’t say much about design. First, see the phone and if you like what Motorola has produced then buy it or skip it.

“Fun fact, 5G is not available in India and I don’t think we will see 5G till 2022, and yet we have 5G support in every single flagship phone. So if you will keep this phone for the next two years then 5G will pay off but if you’re buying this phone because it has 5G then it’s not a good deal.

Let’s be practical, in the next two years we will see lots of new smartphones and new technology, so there is no point to invest your money on the phone just because it has 5G. One more thing, if the phone has 5G that means, mobile company will charge more money because, as of now we don’t have an Android chip manufacturer who has integrated 5G in the chip itself.

So if a mobile company wants to add 5G then they have to use the X55 modem and to use that company needs to buy those chips.“

Back to Motorola edge Plus, the phone is powered by Snapdragon 865 which is the best chipset available for android. No matter what you do with Motorola Edge Plus, you will get the best possible performance. Also, the phone is running on Android 10, it’s pure stock UI.

The phone comes with 108MP primary sensor but by default, it captures the 27MP images, the phone also lets you use that 108MP sensor but you have to switch to 108MP mode. Motorola also provided an 8MP telephoto lens which will give you 3X optical zoom.

The phone also has a dedicated depth sensor but it’s not very good, I have given the images down below and do tell me, how’s the depth sensor.

Overall, if you have good lighting condition then Motorola Edge Plus will give the best camera performance but when its come to low lighting condition, you will see the difference. Also, Motorola hasn’t provided a night mode in-camera system app.

I would say, it’s a good start by Motorola. We haven’t seen a premium smartphone from Motorola but with Edge Plus, I think Motorola is back in the game. Now, we could see a more premium smartphone, its good to have choices because as of now Samsung, OnePlus, Google, and Apple were rolling the premium market.

In short, Motorola Edge Plus has a good camera but you can compare this camera setup with OnePlus 8 Pro or even with Samsung Galaxy S20 Plus. I feel the phone does not have $900 cameras.

No company will give you pure stock UI expect from Google. Motorola has added some gestures. Chop twice for the flashlight, Flip for Do Not Disturb, Pick up to stop ringing, Swipe to shrink the screen, Twist for Quick Capture, and these gestures are called Moto Active which you will find in setting as well in App.

Out of the box, the Edge Plus comes with  Disney Plus, Netflix, Amazon, Facebook, Apple Music, and a host of Yahoo apps and also Verizon’s own carrier-specific app, like its Cloud, Smart Family, and Messages Plus services.

You can call it Stock UI but with some added feature which can come in handy. Also, the system app is designed by Motorola.

You can only charge this phone up to 18W which we don’t see in flagship smartphones, the phone does have wireless charging but you can only charge up to 15W. Now, if I compare the charging speed with other competitors then Motorola Edge Plus can’t even stand.

The phone has whopping a 5,000 mAh battery which will give 1.5 days battery, keep mind, if you use that 90Hz display then the phone can be dead in one day. So it depends on your daily use.

Conclusion: Motorola Edge Plus is not for Everyone

Let me keep this short as possible. Motorola Edge Plus is priced at $999 and you’re getting Snapdragon 865 Soc, waterfall display, 108MP Quad camera setup, whopping 5,000 mAh battery, beautiful design, and yet the phone is not worth buying

If you want to buy a premium smartphone then just look at what other companies are providing. We have newly launched OnePlus 8 Pro, Galaxy S20 Plus, and Galaxy S20 Ultra. You have tons of choice and I think Motorola Edge Plus can’t even stand with other competitors.

If your budget is $999 then I would say go with OnePlus 8 Pro or iPhone 11 or Samsung Galaxy S20+. Yet, if you want that Stock UI and edge display then Motorola Edge could be the phone you’re looking for. In short, I don’t recommend this phone to everyone, so first see what you’re getting at $999 and then invest in a smartphone.

The Motorola Edge Plus is available in Smokey Sangria, Thunder Grey color options. The phone is only available on Flipkart India website.

CHECK OUT MOTOROLA EDGE PLUS

Q: Hey, I don’t want to read a long article, can you give a quick answer?
A: Of course, here.

Q: What kind of glass OnePlus has used on Motorola Edge Plus?
A: Corning Gorilla Glass 5 on both sides.

Q: When is the first sale of Motorola Edge Plus?
A: The phone will be available in the US market from 14th May.

Q: Where can I buy Motorola Edge Plus?
A: As of now, the phone is only available in the US market.

Q: What is the Max graphic setting on PUBG in Motorola Edge Plus
A: PUBG runs in HDR+

Q: Does Motorola Edge Plus have Wi-Fi calling?
A: Yes, it has.

Q: Does Motorola Edge Plus show the ad in UI?
A: NO.

Q: Does Motorola Edge Plus have a dedicated SD card slot?
A: No, you can only use two sim cards.

Q: Does Motorola Edge Plus have the stereo speakers?
A: Yes, it has.

Q: Should I buy Motorola Edge Plus right now?
A: I think, you should read this, just kidding…

Q: What should I read next
A:

In this article:Motorola Edge Plus, Phones 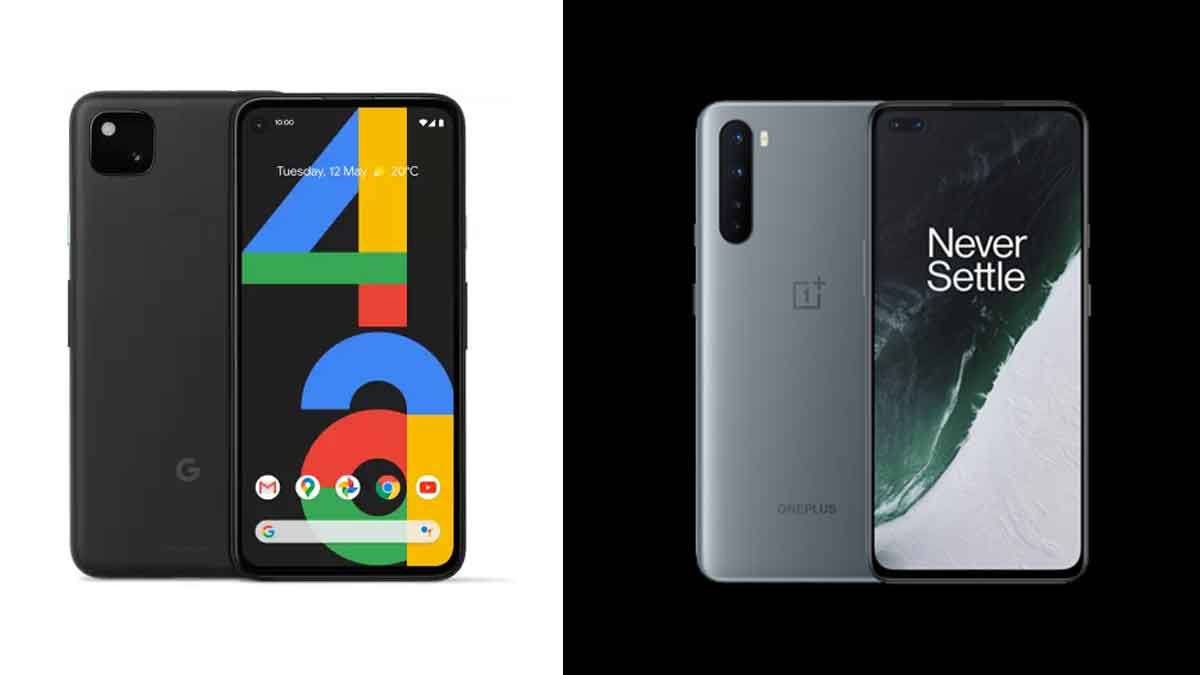