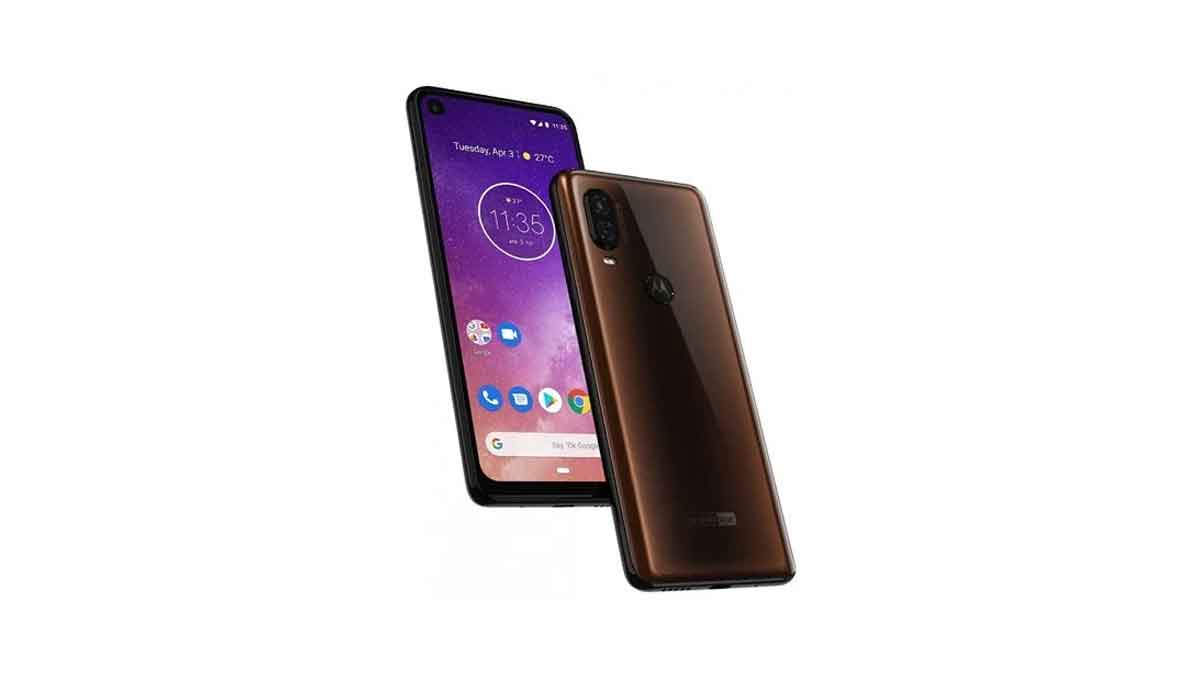 Lenovo own company Motorola is trying too hard to get in the market because right no one is buying Motorola devices and reason for that is high pricing & too old chipset but now it seems like Motorola is back in the race because recently Xda-developers founded “Robusta2” code that indicates the ” Motorola One Vision ” smartphone and this device can save the company. So let’s take a quick look at Moto M40

Now we have live images of this device that is shared by OnLeaks/91Mobiles. On the images you can see there are two rear-facing cameras as well as one selfie shooter that is present on display hole and yes device has glass unibody but it doesn’t have in-display fingerprint sensor because of it present on ” M Logo ” that you see on the backside of the device. Personally, I really impressed by the smartphone design and this might be the device that can change the company

The smartphone might feature 6.2-inch full HD+ display and yes Xda-developers found a wallpaper that indicates the 21:1 screen to body ratio which is same as Sony Xperia 1, 10 and 10 Plus. So it’s gonna be good to see how Motorola will implement a big screen on the device because it’s gonna be a very big device

Motorola One Vision  could come with main 48 megapixel (Samsung GM1 sensor) and a 12-megapixel secondary sensor which is the same sensor that is found in Redmi Note 7 (Chinese variant) and if it’s become true then it’s gonna be great right because every smartphone brand is playing 48 MP marketing plan and users also buying those smartphones because the device has 48 MP sensor, so in short it’s really good for the company

According to some rumours, the device might come with Exynos 9610 SoC which is built on 10 nm technology with ARM Mali-G72 MP3 GPU inside. So Motorola become third company after Samsung to use Exynos  chip in a smartphone, now you can see Samsung is very desperate to sell Exynos

Recently the device is also spotted on Geekbench that indicated the smartphone availability.

Also Read: Motorola One Power Review with Pros and Cons