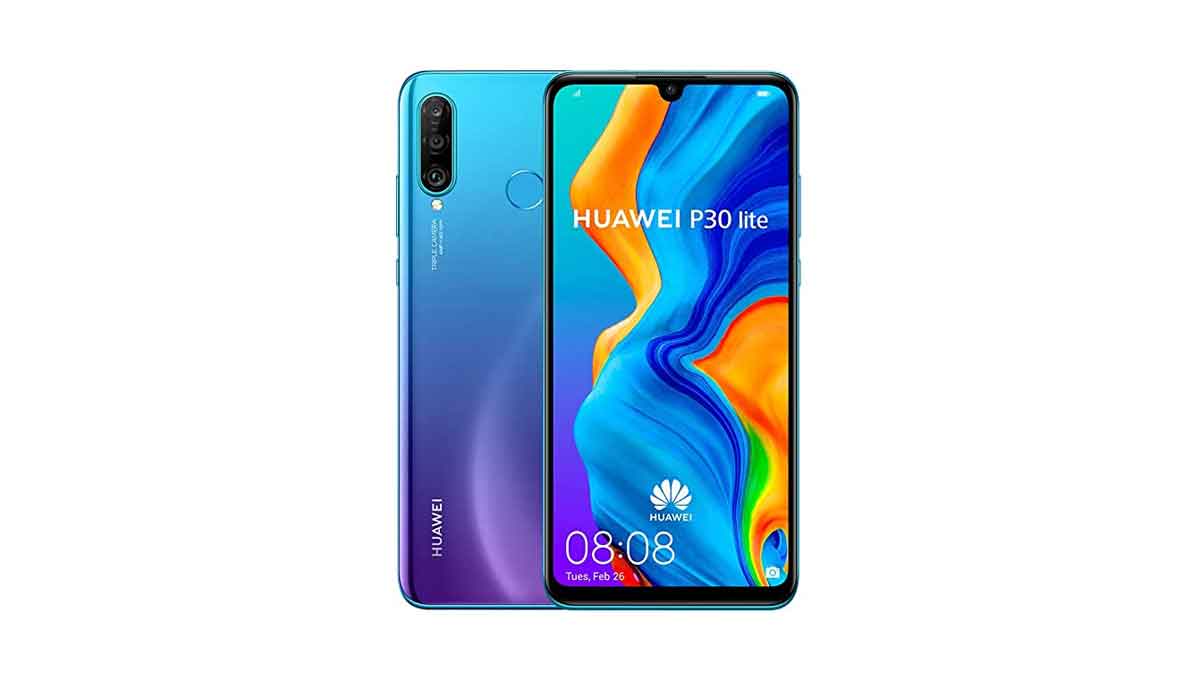 Whenever we talk about Huawei smartphone only one thing comes in my mind and it would be design because every single smartphone that is produced by Huawei or ever Honor is way better in-term of the built as compared to other smartphone brands. Huawei P30 Lite  has glass unibody and when the smartphone has glass unibody that means it must be a good built because if accidentally you drop it then you will see little-little pieces of your smartphone lying on the ground, but that is not the case with Huawei P30 Lite because the built used on this device is pretty solid and the device will not break in to the pieces.

The device features a 6.10-inch Full HD+ display with the resolution of 1080 pixel by 2310 and it has ‘ U shaped’ display notch. Like build quality the display Quality is wonderful, the viewing angle is pretty good and you can also see the screen under sunlight.

It has dew drop notch and because of that the smartphone has 84.2% screen-to-body ratio and of course, there is no extra display chin present on the top side, there is one thing to note and it would be bottom chin because the smartphone has little-bit chin on the bottom side, I know it’s not a big deal but for some user it may be

In-short display Quality in this device wonderful and if you buy this device then you will not gonna regrade it.

It has triple 24 MP main sensor with F/1.8 aperture, 8 MP ultra-wide 13 mm lens and 2 MP depth sensor for portrait shots with F/2.4 aperture, on the front, it features single 32 MP selfie shooter with F/2.2 aperture. The good thing is it has a triple camera setup and the bad thing is it doesn’t support 4k video recording but a part of that camera will take pretty good images

Talking about rear-facing camera setup, the camera will capture a good amount of details but one thing I need to put here is, when you take photos with this device please disable the AI mode because of AI mode do add too much exposure and the images will turn out a little bit brighter, but yes it’s always depends on the user how they like images, little be sharp or with proper details.

Video recording is not going to be good as photo quality, I don’t know why but I am not very happy with video recording. So yes if you want great video recoding than I think Huawei P30 Lite is not the device you are looking for, as I told you earlier that it always depends on the user how they like, about my self I don’t like extra sharpness in video recording and this is what P30 Lite is doing

Coming to the front camera, it has 32-megapixel selfie shooter with F/2.2 aperture and like the rear camera, this one also shoots video in only [email protected] FPS. I haven’t found any issue in front facing camera setup and I think it’s because of that 32 MP sensor.

So yes I am really happy about the front facing the camera and no doubt company did it very good job.

The smartphone is powered by Hisilican Kirin 710 soc which is built 12 nm technology with ARM Mali-G51 MP4 GPU inside, it runs on EMUI 9.1 based on Android 9.0 (Pie). OK, so many things that I don’t like about this chipset , when you pay Rs 20,000 for a smartphone in 2019 then it must give the best performance but with this device, I am not quite sure that it will give the best performance, right now compnay like POCO giving us Snapdragon 845 at Rs 18,000 and Redmi Note 7 Pro has 675 soc at only Rs 14,000. So I think Huawei P30 Lite is not the value for money device at Rs 20,000 for those who only buy the smartphone for gaming.

But yes it’s not the worst smartphone or not even best smartphone, it’s an average kind of device, more we gonna talk about in the Conclusion section.

The handset is packed with 3,340 mAh non-removable battery with quick charge 2.0 support and yes it has the type-C port. Yes, I admit that battery percentage is very low but keep in mind it always depends on the user.

I not a very heavy user when it’s come to the smartphone because mostly I use laptop or Tablet but yes I used this device quite well and I think it will long last for whole one day but if you are a heavy user then you need to charge this device twice a day.

The Huawei P30 Lite is for those people who want great design, better camera performance but can ignore the chipset and who don’t care about smartphone performance then they can buy this device without any doubt. Now it’s up to you, what kind of stuff you want in your upcoming smartphone, as I say always company never launch the perfect smartphone.

I hope you get your answer but if not then let me know in the comment section below.

You May Like: 5 Reason to buy Huawei p30 Pro! in-depth Overview

Samsung Galaxy A80 rotating Camera seems not to work properly