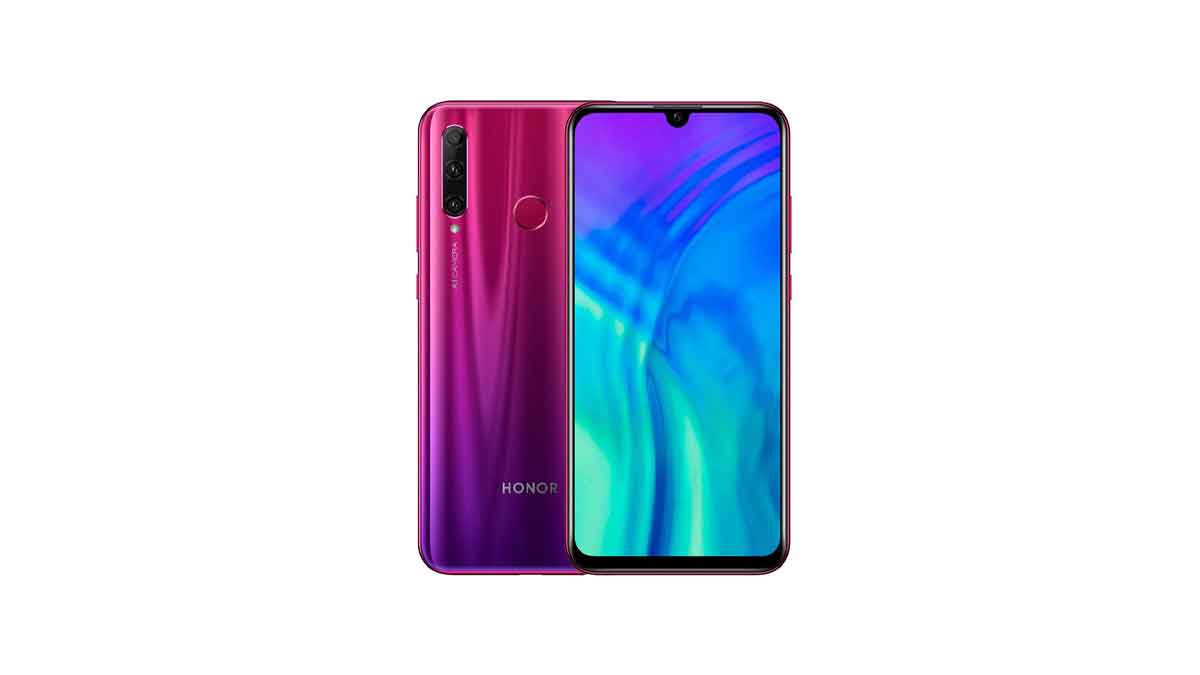 Huawei is launching their Honor 20i device along with New MateBook 2019 in China on 17th April, and just now winfuture.de shared Full Term and renders of upcoming Honor 20 Lite device and it may launch with Honor 20i on 17th April, so let’s take a closer look at this new device

The Honor 20 Lite handset is to come with 6.21-inches Full HD+ display with the resolutions of 1080 pixels by 2340 along with 415ppi of pixel density, and yes the device will have tiny water drop notch but one thing is to note is, it has a bottom chin present that means the Honor 20 Lite is not going to be totally bezel-less.

The handset will be powered by Hisilicon Kirin 710 which is built on 12 nm technology with ARM Mali-G51 MP4 GPU inside but there is no confirmation about GPU turbo yet, the device runs on EMUI 9.1 based on 9.0 (pie). It will be available in 4 GB of Ram and 128 GB of internal storage and there is also dedicated micro-SD card given to expend the storage

Talking about the camera department, nowadays it looks like every smartphone company is giving us a triple rear-facing camera setup and personally I don’t have any issue with the triple camera but when it’s come to camera quality it looks like single camera setup, let me know what you think about this new promotional strategy. By the way, the smartphone has a triple rear-facing camera featuring a 24-megapixel primary sensor with F/1.8 aperture, an 8-megapixel ultra-wide lens, and 2-megapixel depth sensor.

The smartphone is packed with 3,400 mAh non-removable battery and yes it has miro-USB port. It also features a rear-mounted fingerprint sensor, and yes like many other smartphones Honor 20 lite also has gradient back design.

Now let’s talk about the price, WinFuture.de claims that the handset will come to the market with EUR 280 ( Rs. 22,000) price tag, the device is claimed to have Black and Aurora color options.