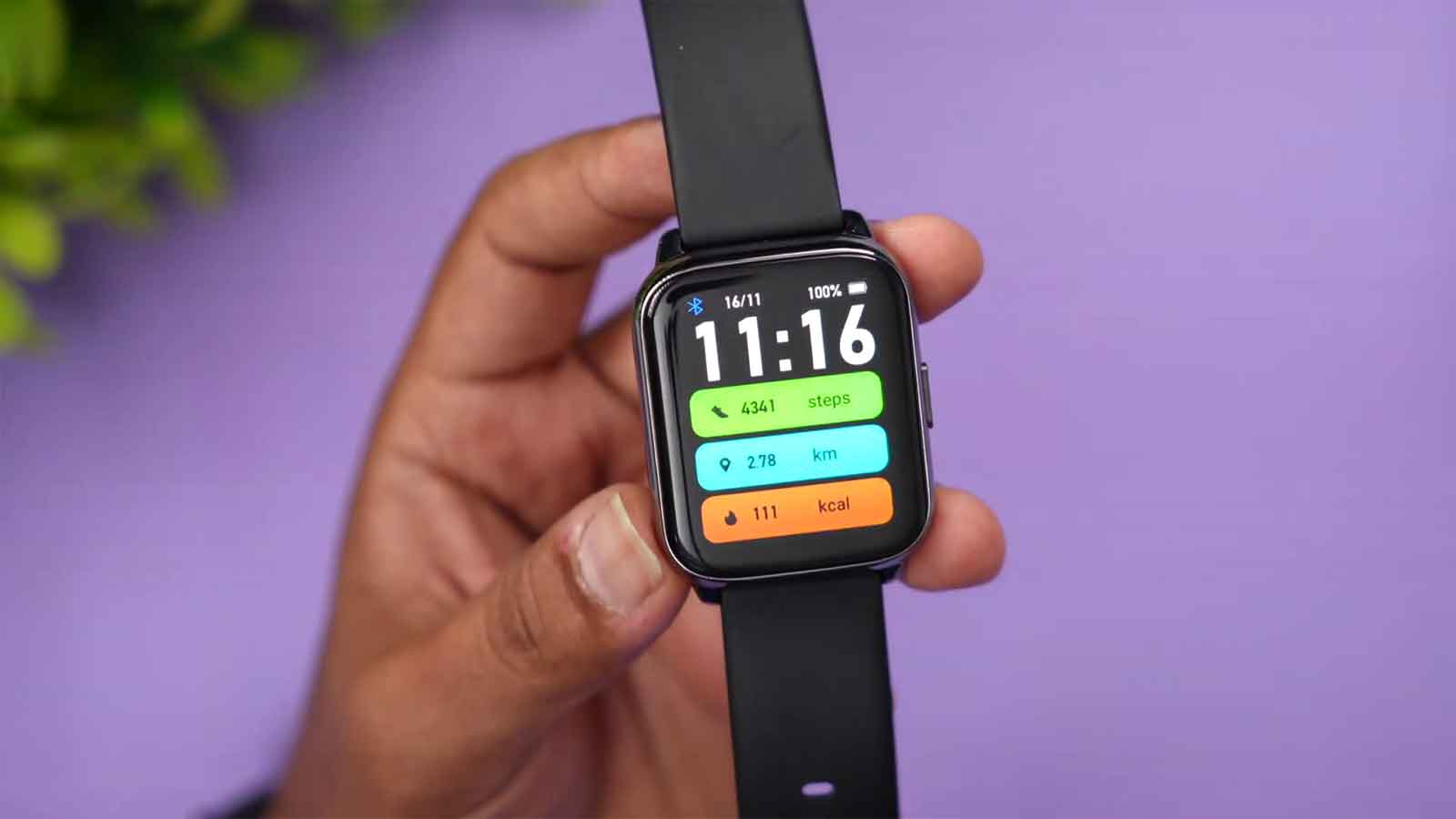 The reason I love Amazfit smartwatches is because of the Zepp OS. Now, looks like Amazfit won’t use Zepp OS on their affordable smartwatches, starting with the newly launched Amazfit Pop 2.

Amazfit Pop 2 is priced at Rs 3,999 in India and it’s available in Black and Pink color options. The watch will go for sale on Flipkart and Amazfit IN website from 22nd November 2022.

So let’s find out in this Amazfit Pop 2 review whether you should spend Rs 3999 and the disadvantages of removing the Zepp OS (It’s very bad).

No, Amazfit Pop 2 is not worth buying because this is Rs 3999 smartwatch and yet it doesn’t calculate the health data accurately. However, it does have a Bluetooth Calling feature which might attract some users but it’s not the best option for the fitness side of things.

Also, you won’t be able to use the Zepp app as the watch doesn’t run on Zepp OS, you will have to use the new Zepp Active App which doesn’t look or feel good when you come from Zepp App.

Also, the Amazfit Pop 2 doesn’t measure the SpO2 and even heart rate accurately, it has an error margin of around 10% which is very poor. We see this kind of difference in Indian brands and I didn’t imagine that I will see inaccurate fitness data in Amazfit smartwatches.

The Amazfit Pop 2 comes with a 1.78-inches AMOLED display with a resolution of 368 x 448 pixels and 326 PPI Density. This is a touchscreen display with an always-on display feature.

The screen brightness is not that high but the good thing is, Amazfit has optimized the display very well, so you won’t have a hard time reading the text or accessing the watch UI in direct sunlight.

The bezels are also small too, so it won’t be annoying to look at.

Overall, the AMOLED panel is great, the only thing I love to see is the ability to customize the always-on display. I hope, Amazfit adds this feature in coming updates.

First, we saw the Zinc alloy frame in OnePlus Nord Watch and then the Fire Boltt Rung Plus and now we have the same frame used by Amazfit in Amazfit Pop 2.

Because of that, the watch has 59 grams of weight but still, the watch doesn’t feel uncomfortable to wear. In short, you can use the watch all day, and all night without any problem.

Hear me out, I don’t know about you but I don’t like glossy frames and even the rear side. It catches the fingerprint very easily and it doesn’t look good at all.

Still, Amazfit added the glossy frame but they added a plastic matt finish on the rear side.

Also, if you don’t like the default strap then you can buy any of the 22mm Silicone straps from Amazon and it will fit perfectly. The watch also has Rectangle Design which again looks good.

In short, the build quality is solid, the watch is comfortable to wear and it also looks amazing in the hands, what else do you want Rs 3999 smartwatch?

About a month ago, I reviewed the Amazfit 3 Pro on WearablesDrop and I said that “if your budget is Rs 5000 and if you want the best smartwatch for the fitness side of things then don’t look for anything else, just go with Amazfit Bip 3 Pro”

Now, I can’t say the same thing about the Amazfit Pop 2 because it doesn’t measure the health data or even fitness data accurately.

I hope, Amazfit works on it and provide an OTA update but that’s for the future, for now, it’s not the best watch if you want to use it for exercise or to measure your health.

Just like any other affordable smartwatch, the Amazfit Pop 2 has all the features from Pedometer, Heart Rate Monitor, SpO2 (Blood Oxygen) Monitor, Calorie Count, Step Count, and Sleep Monitoring but it doesn’t have the built-in GPS.

The reason for not adding built-in GPS is simple, they already have the Amazfit Bip 3 Pro, so they can’t just add built-in GPS in the Rs 3999 watch, if they do then they themselves will kill the Bip 3 Pro.

I was watching Friends on Netflix and of course, I was on my bed and funny thing, Amazfit Pop 2 added the 35 minutes into the nap sleep cycle.

So yes, if you’re sleeping on your bed and if you don’t move for an hour or just stay in bed for a long time then the watch will assume that you’re sleeping.

I have seen this kind of issue in Fire Boltt, Noise, and even boAt smartwatches but I didn’t expect this from Amazfit.

Now, I get it, they’re not using Zepp OS but that’s not my problem or your problem, it’s Amazfit’s problem and they have to solve it and I hope they do.

SpO2 monitoring is straight-up garbage but heart rate tracking is kind of fair, not accurate but acceptable.

I’m saying this for the first time for the Amazfit smartwatch,

Keep the error margin at around 10%.

Also, I have said a thousand times but here again, this is a smartwatch and it can give you a rough number, so don’t rely 100% on it, if you have some serious health problem.

Again, the app has all the features that you expect from sleep monitoring, heart rate monitoring, calorie burn, and even GPS data. The app is user-friendly too, so it won’t be difficult to use for new users.

The app is available on Android and iOS.

What else can I say, I have already said many things but still, let me give you my opinion on a new app and watch UI

I don’t get, why Amazfit made a whole new Watch UI and app for budget smartwatches, Zepp OS is spectacular.

The only reason I think of is, they want to differentiate between their premium and budget smartwatches.

I hope that Amazfit works on this new OS and improves.

We don’t usually get WhatsApp calling feature in the budget smartwatch but guess what, Amazfit has made that happen.

To enable the WhatsApp calling feature, you just have to install the Zepp Active app and give the necessary permission and you’re good to go.

Keep in mind that, you won’t be able to take WhatsApp video calls as the Amazfit Pop 2 doesn’t have a built-in camera but you will able to take Voice calls.

The speaker quality is also good but if you’re in a very crowded place then another person on call might have a hard to hear you, so in that situation, it is better to use a smartphone.

By the way, the Fire Boltt Ring Plus doesn’t have SIM Card support, it relies on Bluetooth.

You can also trigger Siri or even Google assistant directly from the watch.

All in all, Amazfit Pop 2 is 1st Bluetooth calling smartwatch and then the fitness tracker.

The Amazfit Pop 2 comes with a 270mAh battery that will last for 8 to 10 days with normal usage. The normal usage would be no Bluetooth calling, no 24/7 heart rate, SpO2, or even sleep tracking.

While if you plan to use all the features then the battery will last for only 2 to 3 days because Bluetooth calling will consume hall lot of battery.

Now, I have said many times and I will say it again, the battery life will depend on a user by user and how they use the smartwatch in day-to-day life.

It’s a very simple answer, if you want the good looking smartwatch with Bluetooth calling and an AMOLED display then yes, the Amazfit Pop 2 is the perfect smartwatch but if you want a smartwatch that can track your fitness and health data accurately then kindly stay away from this watch.

Still, if you have doubts or any kind of questions then feel free to comment, and we will chat about it, see you there… 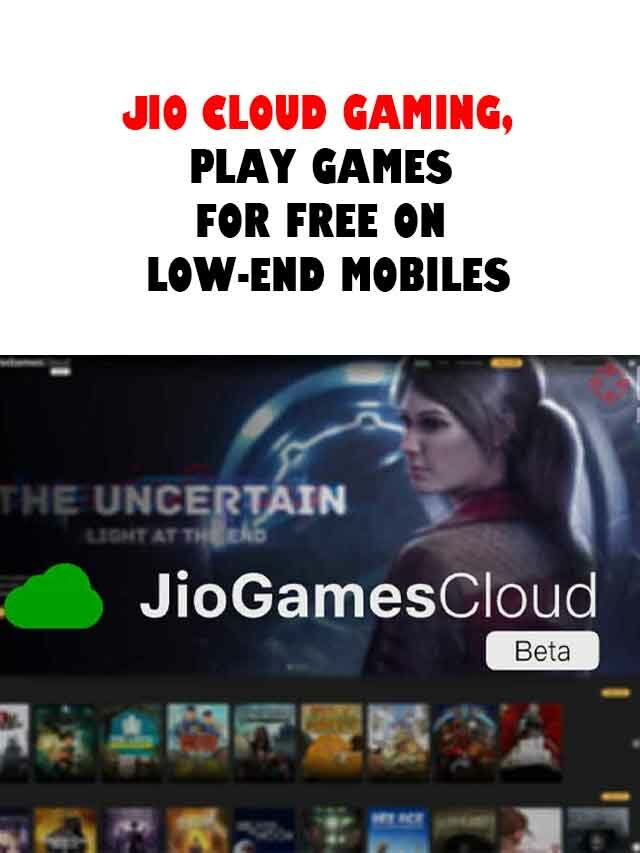 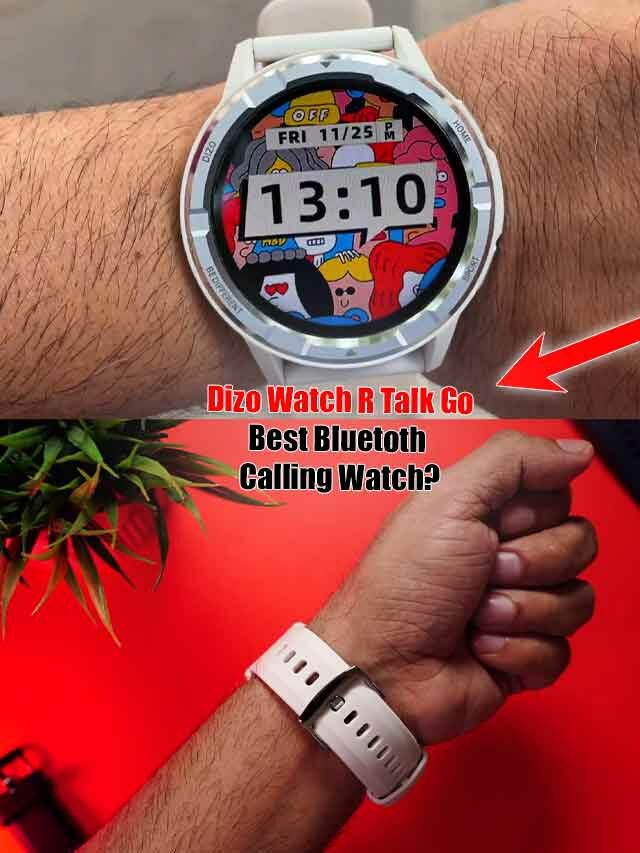 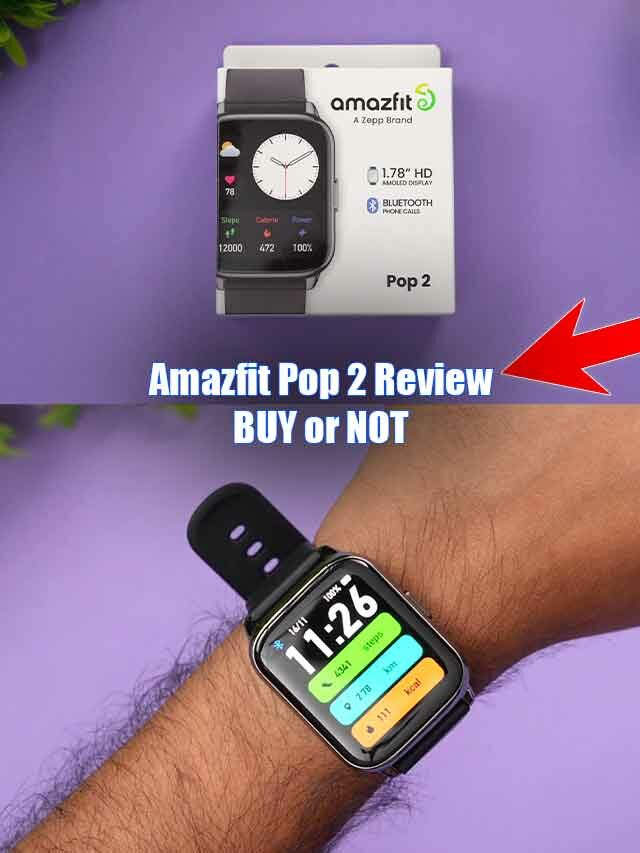 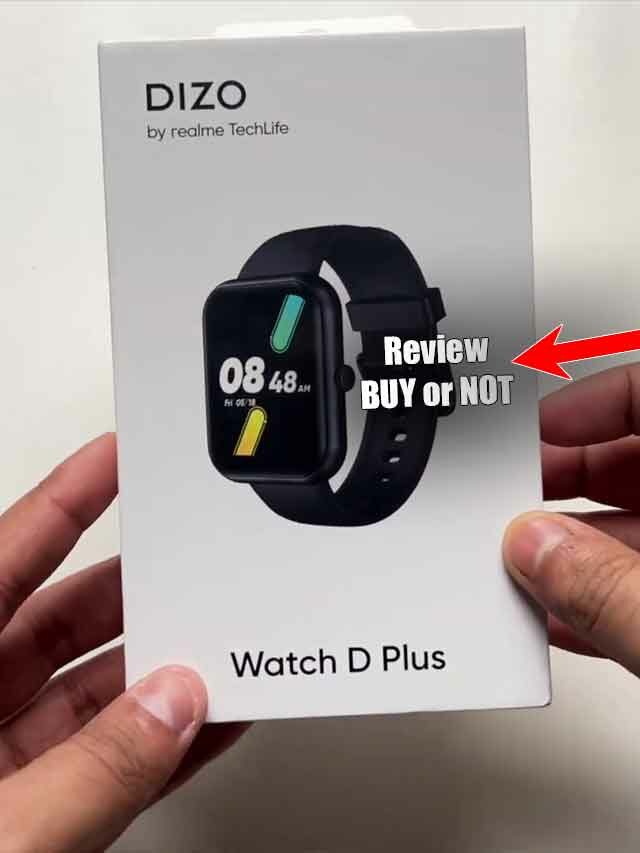 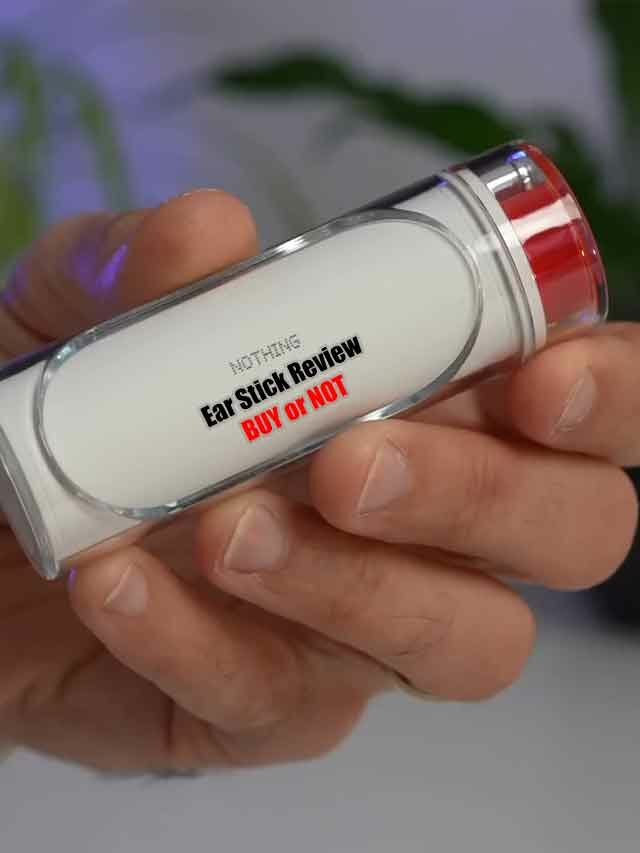 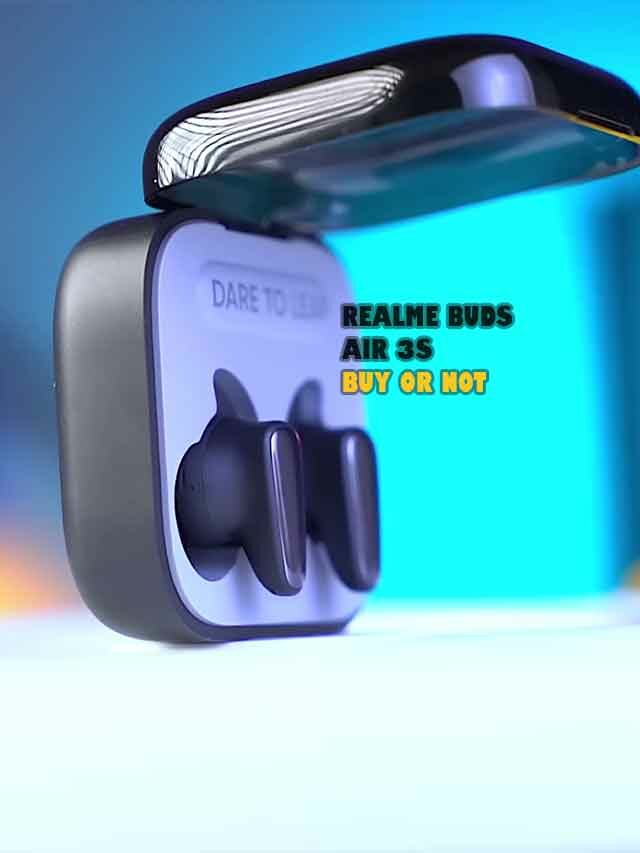 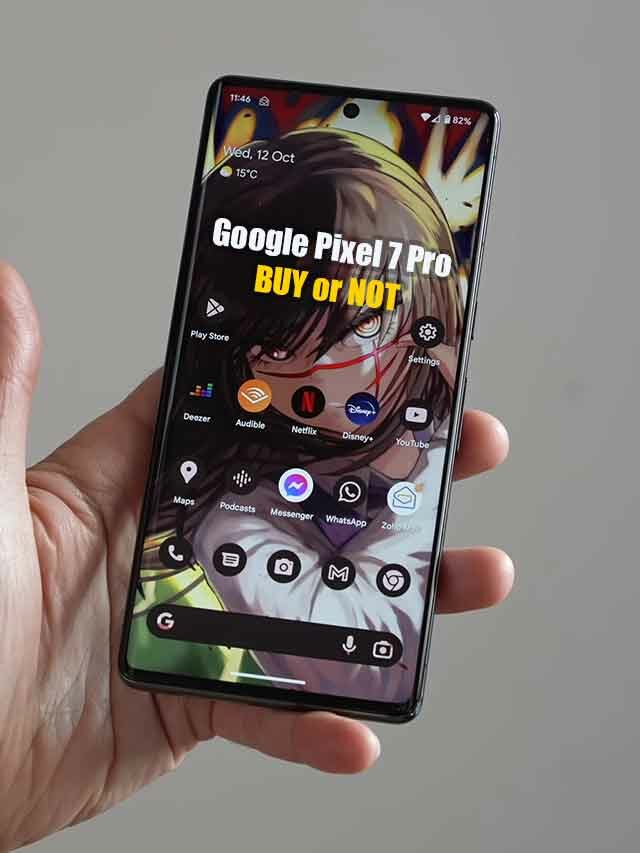 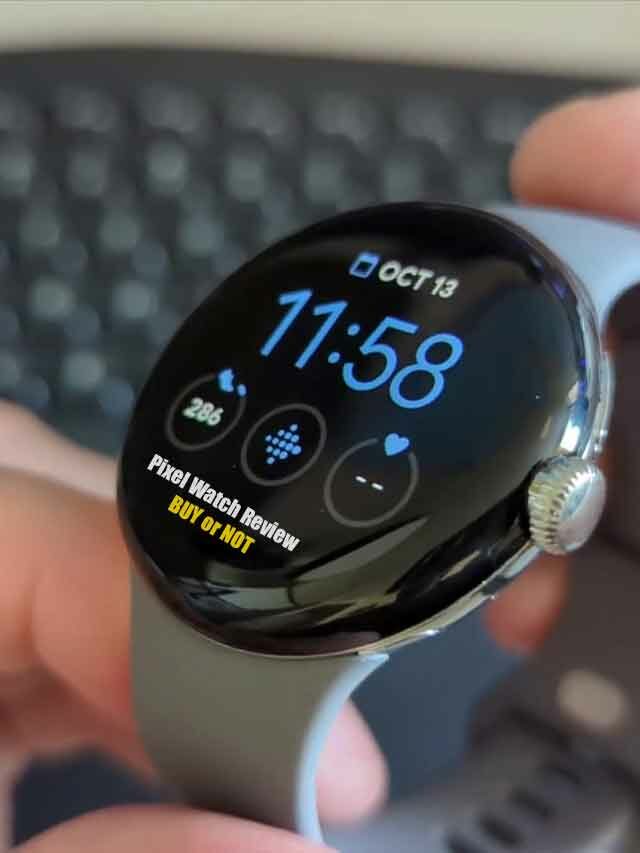 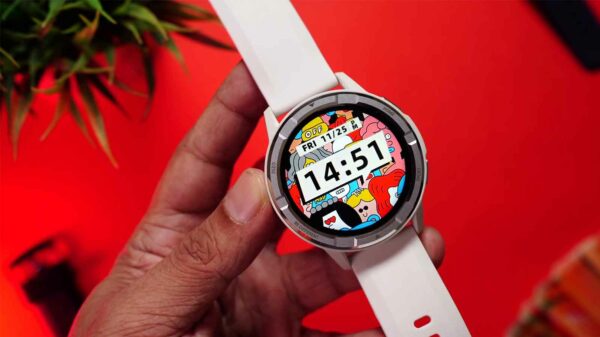 Dizo Watch R Talk Go Review with Pros and Cons: In Between

When I wrote about the reality of Indian smartwatch brands, I really meant it. With that being said, we have another smartwatch from Fire... 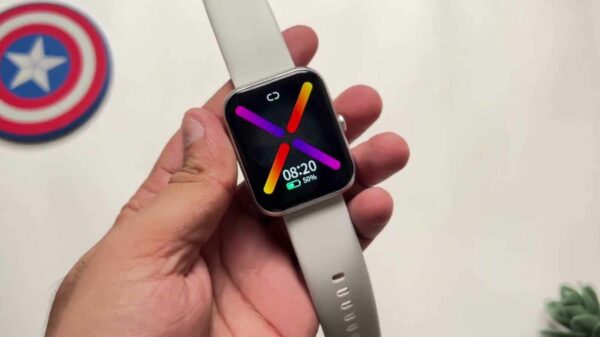 I hate it when brands re-brand but this time, I kinda like it because Dizo Watch D Plus is available at a cheaper price... 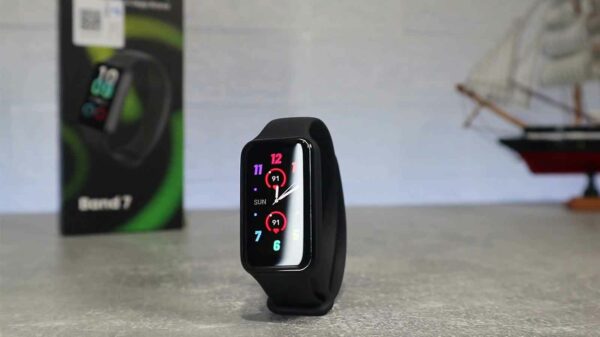