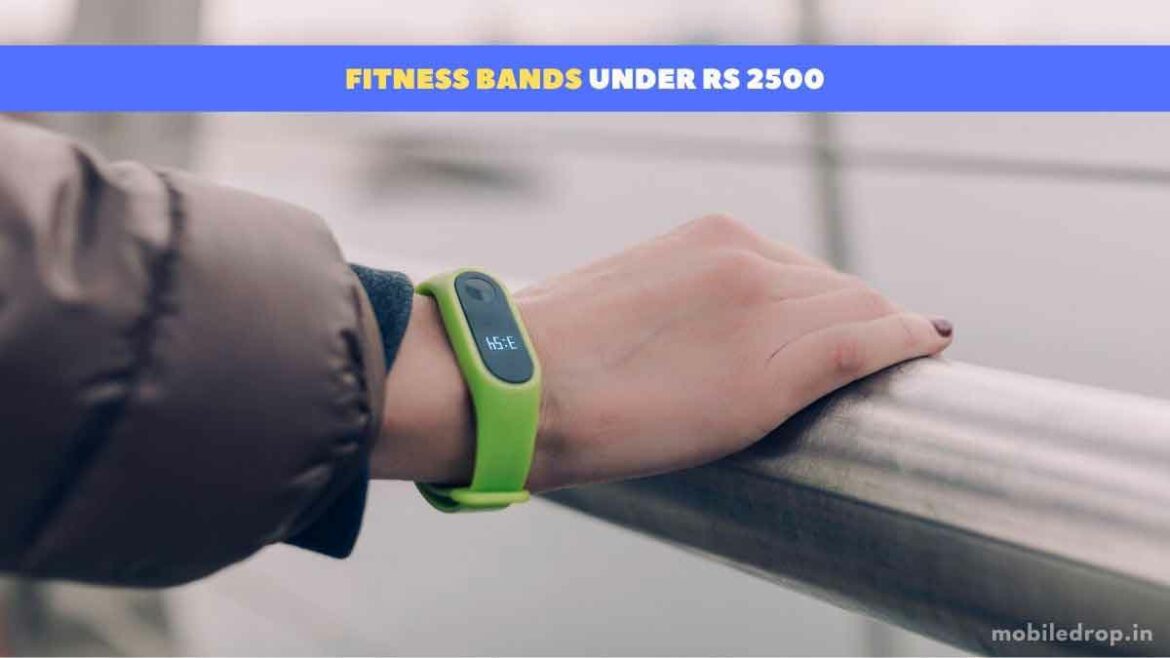 If you want to monitor your health then it’s better to buy good fitness bands rather than a budget smartphone because most budget smartwatches don’t have a microphone or even a speaker, so they’re just a fitness band with a bigger display, nothing else.

So it’s better to pay less and get a small-size fitness band. So today, let’s take look at some of the best fitness bands which are available for under Rs 2500 in India.

Dizo is a sub-brand of RealMe, now hear me out…

First, RealMe launches a smartwatch or earphones and after some time, let’s say, after month, RealMe launches the same product under the Dizo brand at a cheaper price and this is the same case wh Dizo Watch S. Sometime ago, RelaMe had launched RealMe Band 2 at Rs 2999 and now the same has been launched under Dizo Band as Dizo Watch S at Rs 1999.

Coming to Dizo Watch S, the watch comes with a 1.57-inches TFT display and this is a touch screen waterproof fitness band. After a full charge, the Dizo Watch S will last for about 7-days which is good because it has a larger display size.

Now, it has all the necessary sensors like 3-Axis Accelerometer, Optical Heart Rate Sensor, SpO2 (Blood Oxygen Saturation Level), and even Wearing Monitoring.

There is also Magnetic Suction Charging which means, you don’t have to remove the band from the strep, you can directly attach the cable.

Overall, considering the price, dizo has provided a good fitness band but there is a catch, it has a TFT panel which is a huge letdown. So if you’re okay with the TFT display then do consider the Dizo Watch S but if not then Mi Band 5 is also not a bad option.

Mi Band 6 has a large 1.1-inches AMOLED display and the display brightness is 450 nits. There is nothing to complain about the display here, it’s the best you can get on a fitness band and this is also priced at Rs 2,499 in India at this price, it’s the best option available in India.

Of course, the Mi band 5 is waterproof which means you can use Mi 5 while swimming or any other activity. The band comes with 16MB of storage and 512kb of Ram which is more than enough for a smart band.

Overall, if your budget is under Rs 3,000 and if you want the best fitness band then there is no better option than Mi band 5. By the way, Honor Band 6 (review) is better than Mi band 5 but it’s priced at Rs 4,000 which is a bit extra but totally different from Mi band 5.

After the launch of Honor 6, Honor stopped selling Honor band 5 on Amazon and Flipkart, so if you want to buy Honor Band 5 then you have to buy from Offline stores.

Honor Band 5 comes with a 0.95-inches AMOLED display with 240 x 120 Pixels resolution. This band too has good display quality and it’s visible under the sunlight, also it has Adjustable screen brightness which means, you don’t have to worry about the display, it will Adjustable the screen according to day and night.

Honor band 5 has launched when Xiaomi launched Mi Band 4, so you can’t compare Honor Band 5 to Mi band 5. All in all, Honor band 5 is also not a bad option.

If you don’t want to spend more than Rs 2000 then do consider the Mi Band 4, it has almost all the features which are available in Mi Band 4 except the SpO2 sensor.

Now, the band does have sleep monitoring but for some reason, it doesn’t provide accurate data, by the way, no issue with running data or heart rate monitoring but sleep data is not that accurate compared to Honor Band 4 or 5.

Talking about the display, it has a super AMOLED 0.95-inches display with a resolution of 240 pixels by 120, also, the display is not a touch screen Xiaomi has added a little button on the screen which can be used to access the fitness band.

The Mi band 4 also has Bluetooth version 5.0 and it can be used on Android as well as iOS devices.

To get updates to get with tech, do follow us on MobileDrop. If you love to read books then you can watch videos at TMW Bookshelf and if you are looking for ‘How-To’ questions then you can also check out HowtoEverything. Also, want to buy a new mobile, tv, DSLR, check out TopBestinIndia for the best deals.

Is it worth buying Samsung Galaxy Tab S6