Home Leaks RealMe 6i: Everything you need to know
LeaksRealMeWeekly Tech Update 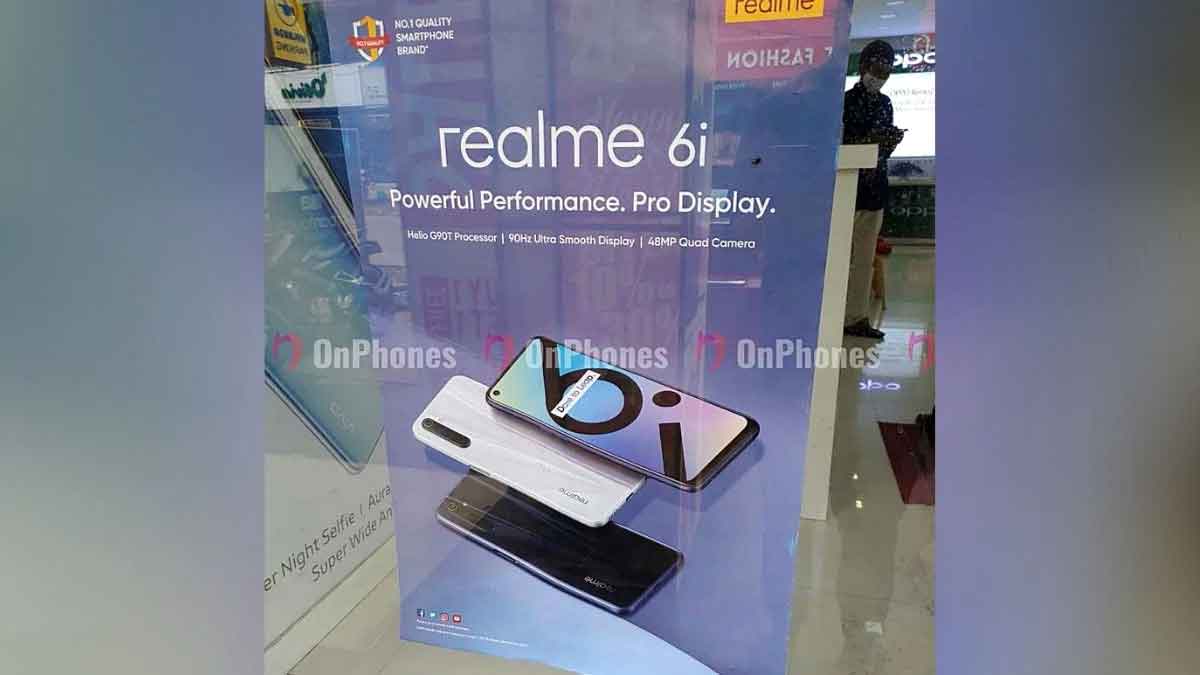 RealMe 6s was launched in Europe back in May 2020 and now it looks like, we gonna get the same smartphone in India as RealMe 6i. So get ready to see another re-branded phone from another company.

There are 99 present possibilities that RealMe will launch same RealMe 6s as RealMe 6i in India. So let’s see what new you gonna see with RealMe 6s, Ohh, sorry, RealMe 6i…

The European price of RealMe 6s is EUR 199 (approx Rs. 16,800). Now, RealMe won’t launch this phone at this price point because if they do then no one will going to buy.

The launch date is not confined yet but we could get ReaMe 6i phone at the end on July 2020 in India.

The RealMe 6i comes with 6.30 inches FHD+ display with 1080×2400 pixels resolutions and the phone will have 90Hz display. Let’s see if Realme provide the 90Hz refresh rate display in India because we already have the RealMe 6 with 90Hz refresh rate.

The phone features MediaTek Helio G90T processor which is built for gaming and we have seen this processor in some devices, so performance is going to be top-notch. As this is a RealMe device, it will be running on RealMe UI 1.0 adopted from Color OS 7.0 on top of Android 10.

To powerup this phone, RealMe has added 4,300mAh battery with 30W fast charging support. Also, the fingerprint sensor will be side-mounted…

Talking about RealMe 6i cameras, it will have 48MP primary sensor, 8MP ultra-wide sensor, 2MP macro lens and 2MP depth sensor while on the front side, the phone will have 16MP selfie shooter.

My thoughts on RealMe 6i

If the RealMe 6s comes as RealMe 6i in India then I looking forward to the India price because we have smartphones for each price point from RealMe itself. So where RealMe gonna fit this phone.

Too many smartphones, I don’t get it but RealMe is like, why not?

Also, I don’t get the 2MP sensor on the smartphone, there is no need for those 2MP sensors yet for the marketing company needs numbers. If they don’t give quad-camera setup then how they gonna say, our budget smartphone has four rear camera sensor.

I think, if RealMe 6s comes in India as RealMe 6i then the price will be higher then RealMe 6 and if they launch RealMe 6i below 12k then what gonna happen with RealMe Narzo 10.

So let’s wait and see, what RalMe will launch in July 2020 in India.

For those who don’t know, RealMe has already launched the RealMe 6i in Myanmar (Burma) and this RealMe 6i was Realme Nazro 10 which you can buy in India.

Specifications as per Europe launch...

Also, let me know what you think about Re-branding. If you ask me, enough is enough now. I don’t want to see another re-branded version in India…

Samsung Galaxy M41: Everything you need to know

Is it Worth buying Vivo Y30?

Micromax IN 1 and 1A: Everything you need...