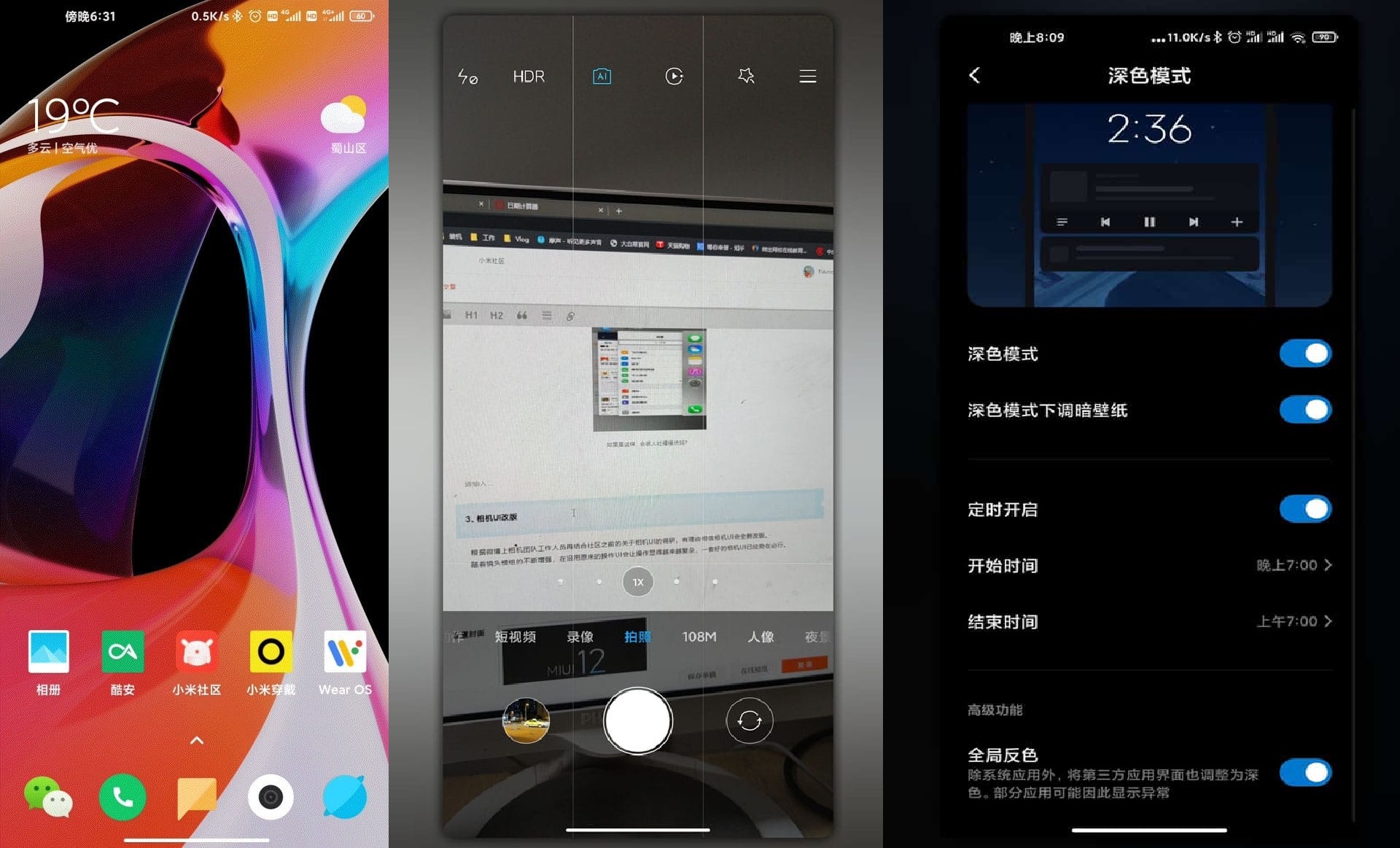 Almost every single Xiaomi smartphone is running on MIUI 11 and now it looks like we’re about to get MIUI 12, yes Xiaomi itself reveled some features of upcoming MIUI 12 which looks very promising. So let’s see what new Xiaomi has to offer with an all-new MIUI 12.

MIUI 12 about to bring some feature from current Android 10, as you can see on the given screenshots, we see the similar navigation bar which is present on Android 10. This is a new UI that means we’re about to get new icons, new animation, and much more.

And yes, that OLD navigation will be there if in case you want to use an old one, yet this is not official but this is custom UI, so I guess this will be there with MIUI 12.

We have seen that old camera UI in almost every version of MIUI but now it looks like Xiaomi is about to change something. As you can see on the given images, it decent look totally different but still, Xiami has changed some icons and did refresh something features.

Still, Dark mode in MIUI 11 is not perfect and now it looks like Xiaomi will give proper Dark Mode in MIUI 12. This means it will be global system-wide dark mode support, in this case, every single app on your phone will get Dark mode whether the app developer has provided the dark mode or not?

Also, the battery will last longer with this update.

Like camera UI, Notification bar what Xiaomi didn’t change in while but now with new MIUI 12, the notification bar will get a new design. I don’t know whether people will like this design or not but still, let’s see what Xiaomi gives us in a stable version.

This is an all-new UI that means, we will see some system changes, for example, the setting menu will get a new refresh, the system apps will get a material design with some minor changes.

The upcoming MIUI 12 expected to be announced in June 2020 and yes, this will be based on Android 10 and will get Android 11, once Google officially launched with Pixel devices.

As of now, Xiaomi didn’t reveal the list of phones who will get MIUI 12 but whenever the list comes out, it will be added here.

Redmi Band and Mi Bunny Watch 4 launched: Why you should wait

Now you will get at your Instagram DMs on the web