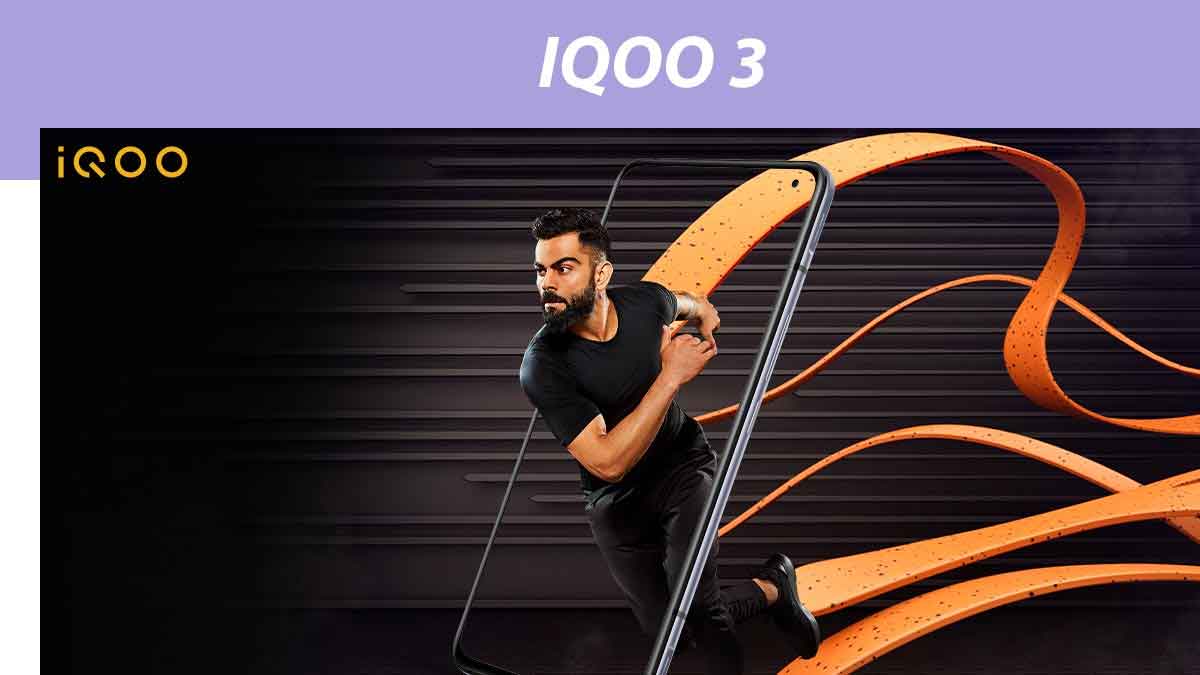 After RealMe X50 Pro, IQOO 3 is 2nd phone to ship with 5G and yes, you need to pay some extra money to get 5G ready phone. IQOO 3 is also powered by Snapdragon 865 with 5G and if you don’t want 5G then IQOO is also offering a 4G variant. So let’s Is It Worth Buying IQOO 3 at 37K because we do have RealMe X50 Pro and OnePlus 8 Series is also coming very soon…

Is It Worth Buying IQOO 3?

IQOO 3 is more focused on the gaming side of things, so don’t expect the camera to be excellent. This is what we have seen with ROG Phone 2 as well. If you want the best gaming smartphone below 40k and you’re okay with good camera performance then yes IQOO 3 is worth buying but if not then do take a look at RealMe X50 Pro or wait for OnePlus 8 series.

As I have said, IQOO 3 is more focused on gaming because IQOO has throne tons of features that gamers will love, so let’s talk about that.

The IQOO 3 is powered by a 7nm snapdragon 865 processor which has powerful 650 GPU which will make your gaming experience better than ever. The phone is running on IQOO UI which is adopted from VIVO’s Fun-Touch OS and based on Android 10, so it’s exactly what RealMe has done with RealMe UI.

IQOO 3 has gaming triggers which are placed on the right side along with Power buttons and volume rockers. IQOO is calling it “Monster Touch Buttons” which is very responsive, so whether you’re playing PUBG, COD or any other games, these buttons can customizable.

The company has used Carbon Fiber Vapour cooling system which will be very helpful in gaming.

Overall, I would say, you won’t get any problem in performance.

Now, here comes the weak part. The phone does have a good camera setup but it’s not good at 37k price range and that’s okay because it’s a gaming phone. So if the camera is not your highest priority then IQOO 3 is the best phone for you but if you want the best cameras then as I have said, take a look at RealMe X50 Pro or wait for OnePlus 8 series.

That doesn’t mean, IQOO 3 has a bad camera, the phone will give you some good quality images but it’s for those people who want the best camera setup. As I said many articles, No company will give you everything on a smartphone, so think what you need most in the smartphone and then make a final decision.

Overall, you won’t get any problem in build quality. The phones come with Volcano Orange, Quantum Silver, Tornado Black color variant and My personal favorite is Volcano Orange, it looks amazing.

Talking battery, the phone has 4,440 non-removable battery which will give 1-day battery life and if the phone runs out then you can also use 55W fast charger which is supplied in the box. As per the company, it can charge the phone 0% to 50% in only 15 minutes.

I do use this paragraph in ‘Is It Worth‘ series, so don’s mind “the battery life depends on your phone use if you every day play games for 6 hours then you need to charge a phone every 6 hours but if you’re like me and don’t use the phone very often then it will last for a day.”

Conclusion: Worth it or not?

So if you’re gamer then yes it’s totally worth buying IQOO 3 but if you don’t play a lot of games then it’s not. IQOO 3 does have good battery life, do have the best processor, but when it comes to cameras, you won’t like it. IQOO 3 is not for everyone, if you love gaming more then cameras then it’s only for you but if not then I would say, skip this one.

Keep in mind the phone is running on Vivo’s FunTouch OS.

Now, do let us know what you think about 5G phones in the comment section below.