Here is the First look of Huawei’s ARK OS 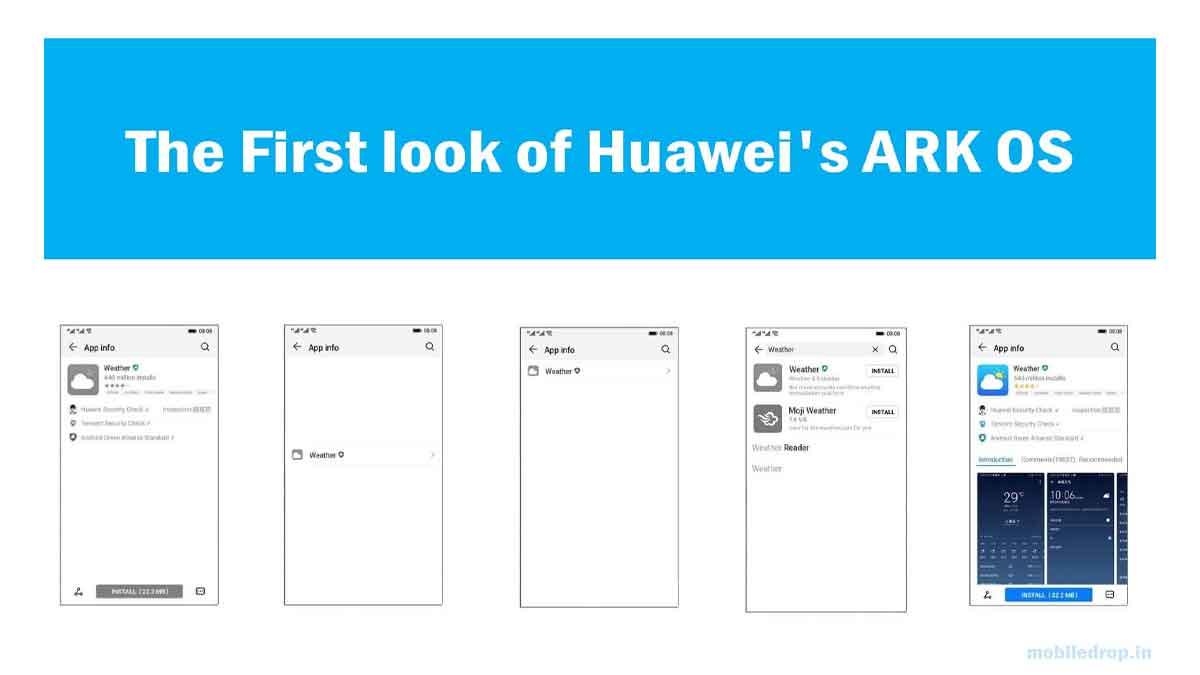 Almost every single US manufacturing company stopped business with Huawei after the US President Donald Trump blacklist the Huawei from the USA and because of that Huawei was working on their own operating system, so they don’t need to rely on Google Android operating system. The new OS is going to launch in China at the end of 2019 and it may come to the global market at the start of 2020, there is no confirmation that existing Huawei or Honor smartphone will get the ARK OS update.

And now the live images of ARK OS spotted on Winfuture and it shows the application installation process, personally it’s kind of looking like Samsung’s old experience UI but still it’s no official yet, so maybe we might see something different when it goes official.

About App store, Huawei already has its own application store and as per rumors, Huawei is in talks with developers for making their apps optimized for ARK OS. The shared screenshots give us a little bit glims that how Huawei’s coming to OS will look like, and as I told you it’s kind of similar to what we have seen in Samsung’s old experience UI.

Now let’s see when Huawei will announce it’s OS in the global market but one thing is confirmed that whether it’s going to be better than Android or worst then Android, or if you have any idea then let us know in the comment section below.