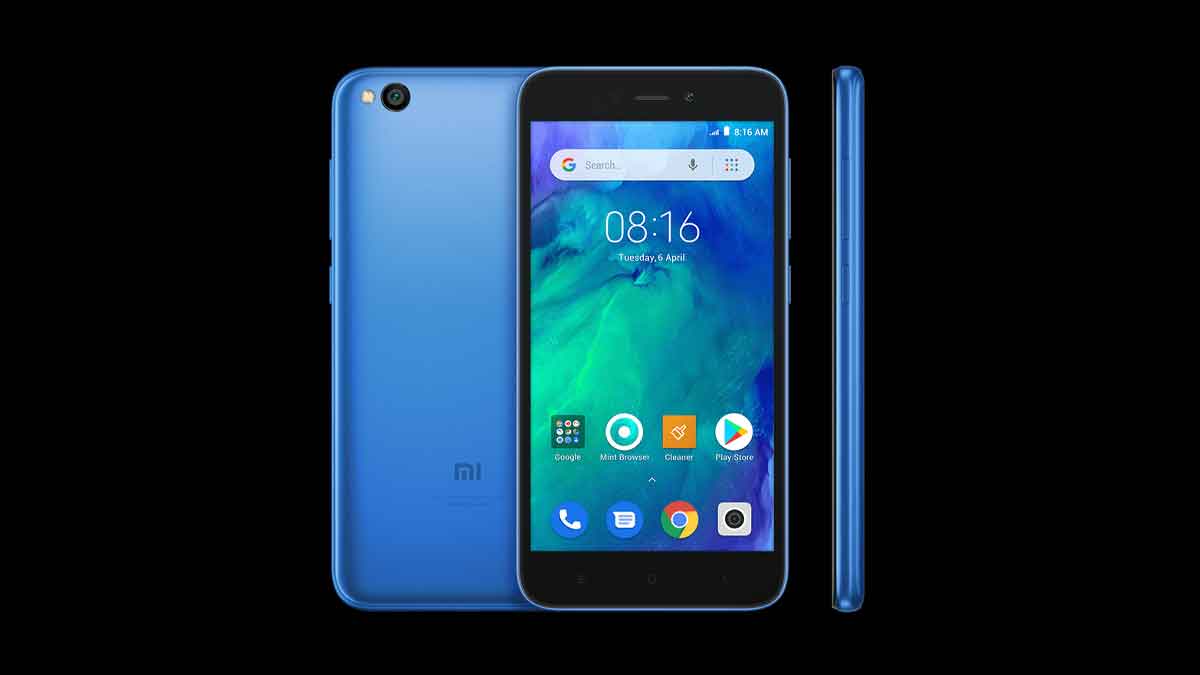 Android Go is a downgraded version of Android that means even if the smartphone comes with Snapdragon 425 soc or any other chip, the device will work like butter. For now, there are not many smartphones available under Android Go program but with Xiaomi Redmi GO we can expect more in future

Redmi Go will come with pure stock UI that means there is no MIUI or any other custom ROM, so yes its clean and simple UI that you will get with this device. The device is set for 19 March 2019, and the price is not confirmed yet but it might be priced at Rs 4,000

The device will come with 5.0-inch HD+ display with a resolution of 720 pixels by 1080. And yes there is no display notch present on this device and it’s due to 16:9 screen-to-body ratio

Talking about cameras, it has a single 8 MP main camera with F/2.0 aperture and 5 MP selfie shooter with F/2.2 aperture. And as you know its Android Go device, so don’t expect too much from the camera department but of course, it’s not going to be the worst smartphone

So as I told you its Android Go version that means performance is going to be top-notch but still the device is powered by Qualcomm Snapdragon 425 soc which is built on 28 nm technology, in-short you will get better performance than other smartphones that have the same price as Redmi Go

Xiaomi Redmi GO is packed with 3,000 mAh battery and it will long last due to an HD display and Android Go addition. Now let’s take a look at the price, the base variant will cost you around Rs 4,000 to 5,000.

So Now let us know your thought in the comment section below.