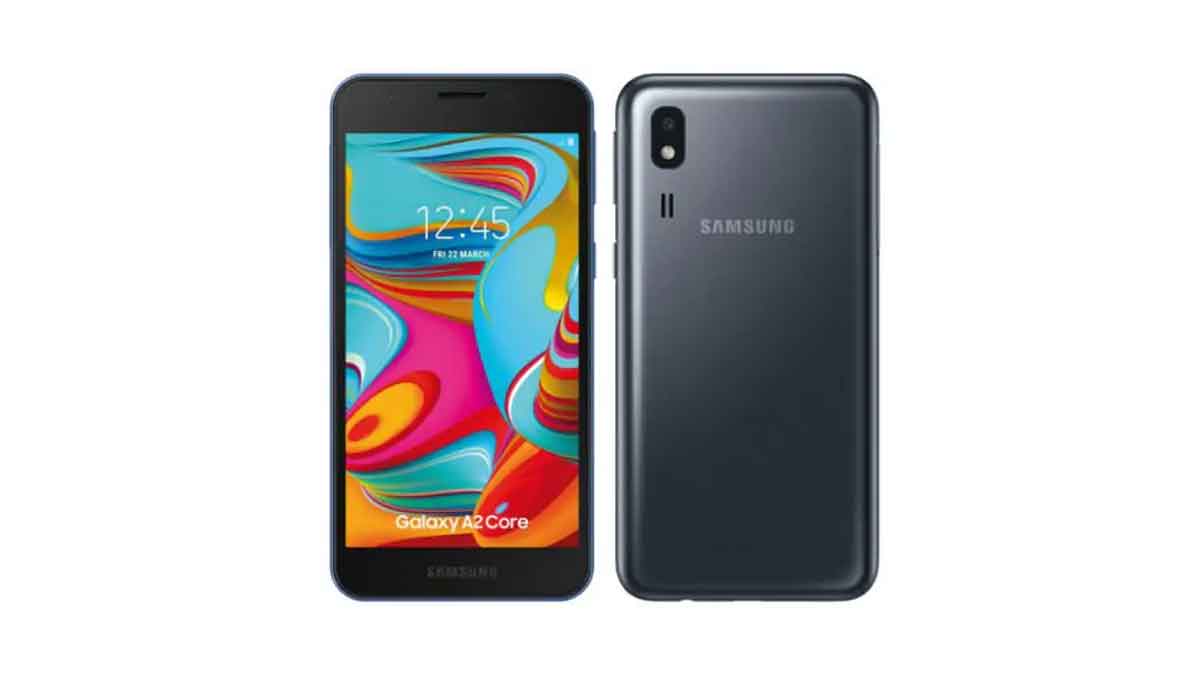 Rumours are saying that Samsung Galaxy Core A2 might launch on the start of May 2019 in India, but it’s not officially confirmed yet. So yes if you want to buy Android Go device then wait a little bit and let’s see what Samsung introduced in May month

The device features a 5.0-inches with a resolution of 540 pixels by 960 (16:9 screen-to-body ratio) and as you can see the display is not even HD+, and the reason for that is Android Go addition. Samsung Galaxy Core A2 is likely to come in only one variant 1 GB of Ram & 8 GB internal storage and I think it’s good enough for Android Go addition

As an Android Go edition smartphone will perform like butter but for your information, the device is powered by Exynos 7870 which is built on 14 nm technology with Mali-T830 MP1 GPU inside. And if you want to know why Samsung didn’t use Qualcomm chip? it’s because Samsung needs to sell Exynos chip and as you know A part of Samsung no other smartphone company is using Exynos

The smartphone is packed with 2,600 mAh battery and it will long last for the whole working day and of course end of the day, it will depend on you how much you use your smartphone. A device is not launched yet in India, so the price is still a mystery for us but of course whenever we know it will be updated here

Now it’s your turn, tell your thought in the comment section below.