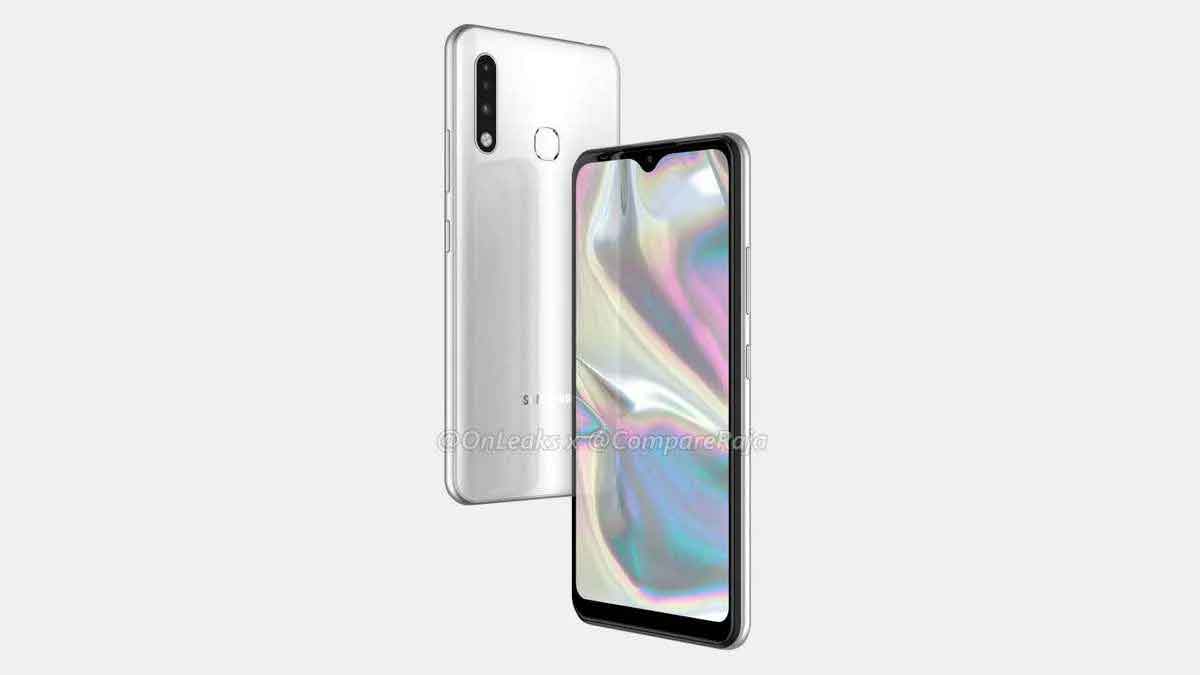 The South Korean Giant is back with another A-series smartphone, it’s going to be part of Galaxy A70 series. Recently OneLeaks and CompareRaja shared live readers of the upcoming Galaxy A70e. This new smartphone will be affordable as compared to Galaxy A70, so let’s see what new Samsung will offer this time in the budget segment.

The leaked renders show the triple camera setup on the rear side along with a fingerprint sensor that is present on middle of the backside. The smartphone also comes with USB port yet there no information regarding battery capacity but the Galaxy A70e will have 3.5mm Audio jack.

As per these leaks, galaxy A70e will come with a U-shaped notch which is kind of smaller than other Samsung’s budget smartphones. The phone will be available in Balck &vWhite color variants and yes more on, it will come with other colors when it’s launched.

Talking about the display, the phone might have 6.10-inches display along with 6GB of Ram and 128 GB inbuilt storage. There will be other variants as well, so you can choose or buy as per your budget.

Now it’s Samsung branded smartphone, so don’t expect a latest processor, as per reports, the galaxy A70e could come with Qualcomm Snapdragon 675 Soc. Back to the camera department,

There will be a 32MP main sensor on the rear along with an 8MP ultra-wide lens and 5MP depth sensor while the original Galaxy A70 has a 64 MP sensor. Now you see, the Galaxy A70e will be a budget centric smartphone and might come under 15k price range.

We don’t have any other information regarding this phone yet but if anything comes up then it will be updated here but till, then, I would love to hear your thoughts in the comment section below.