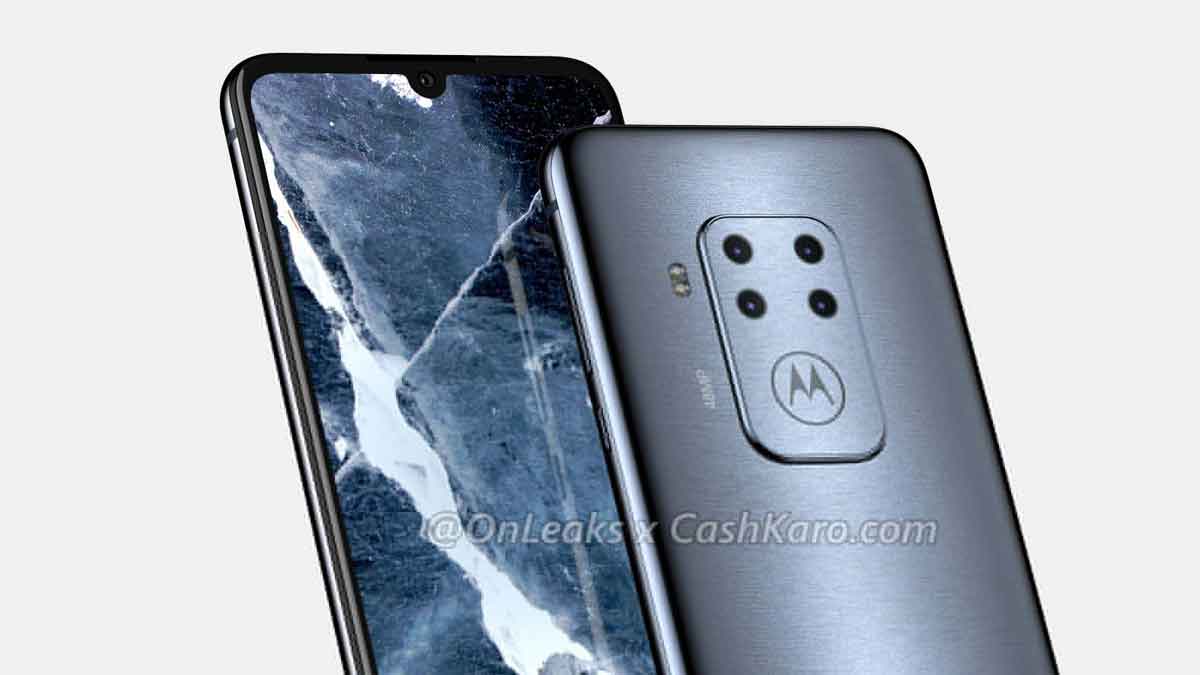 Lenovo owns Motorola is trying hard nowadays and in recent time we have seen too many leaks about upcoming Motorola devices including Motorola one vision, moto P40 and now we just found out that Motorola is working on Unknown premium smartphone and that could compete with Samsung Galaxy S10 Plus or upcoming One Plus 7, so let’s take a closer look at this leaked render of unknown Motorola device

leaked renders suggested that the device will come with an in-display fingerprint sensor along with ‘ U shaped’ display notch, it will also feature 6.2 inches super AMOLED display. On the images, you can also see a 3.5 mm audio jack and there is also a Type-C port on the bottom side

Personally, it’s looking something that we haven’t seen in the past and yes some people will like this device and some will hate it like Pixel 3 XL, there is one thing mention on the left side of the device and that indicates the 48 MP camera, I think it would be sony imx586

The device has four rear-facing camera sensor that means it might come with one main sensor and that is 48 MP, the second is gonna be a wide-angle lens, depth sensor for portrait shots and last one might be super Zoom lens but still, we don’t have any official confirmation yet regarding camera department

As per renders, this device is going to be flagship smartphone that means it could come with Qualcomm Snapdragon 855 which is built on 7 nm technology with Adreno 640 GPU inside

About pricing, the Motorola unknown device might be priced under 40K because if they launch this device above 50K then I don’t think it would be worth it

I hope I mentioned all the thing about this device but if I missed something then let me know in the comment section below.