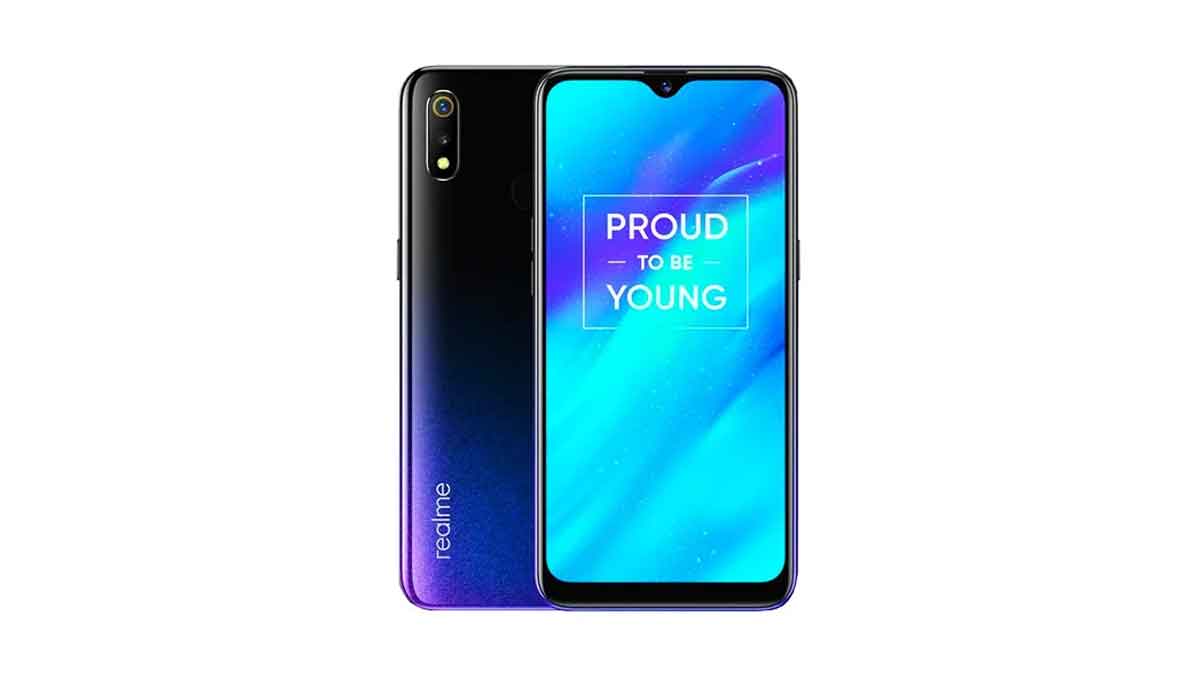 RealMe has launched RealMe 3i with RealMe X (Review) launch event and it’s little bit downgraded version of RealMe 3. The smartphone is priced at Rs 7,999 for 3 GB of Ram and 32 GB internal storage and it’s sold via Flipkart IN. The RealMe 3i is affordable and budget category smartphone and under this price we have lot’s of smartphone and that’s why I’m here with RealMe 3i Review with Pros and Cons, so you can decide whether this device is for your or not?

The RealMe 3i comes with 6.20-inches HD+ display with the resolution of 720 pixels by 1520 and yes it has waterdrop notch. The front panel is protected by Corning Gorilla Glass but RealMe didn’t say which version of gorilla glass they have used on this device.

Talking about cameras, it has dual camera setup featuring 13-megapixel primary sensor with F/1.8 aperture and 2-megapixel depth sensor. On the front, it has 13-megapixel selfie shooter with F/2.0 aperture. The rear and front camera can record video up to 1080p@30fps. It also has a rear-mounted fingerprint sensor.

RealMe 3i is packed with 4,230 mAh non-removable battery with a USB port. It’s available in Diamond Blue, Diamond Red, Diamond Black color variant. The RealMe 3i will go for sale on 23rd July 2019 at noon via Flipkart In and RealMe website, it’s available in given variant… (it also has hybrid sim slot which means you can use micro-SD card up to 256 GB)

The smartphone has only HD+ display resolution and it’s all because of the price tag. So yes you will gonna compromise in a display quality but I think under Rs 7,999 it’s worth it and another thing is when you only get HD+ display which means battery life is going to be super awesome.

The Realme 3i comes with 6.20-inches HD+ display with the resolution of 720 pixels by 1520, which means it’s not small display but of course, if you are picky about displays then you will notice a difference between HD+ display & Full HD+ display.

Overall it has Good quality HD+ display and you will not gonna face any issue while watching movies or playing games. We have seen HD+ display in RealMe 3, RealMe c2 and both those devices performed well.

Talking about the design, it has RealMe’s iconic diamond-cut design on the rear side and personally, I’m not a big fan of this design, but of course, no matter what kind of design you get in a smartphone, you will gonna use back cover end of the day right. And yes it has polycarbonate plastic unibody.

The smartphone is priced at Rs 7,999 for 3 GB of ram and 32 GB of internal storage and you can expand storage up to 256 GB via micro-SD card. Considering the price point, it has good chipset but if they used Helio P70 then it might be a good deal.

The main reason for not using Helio P70 is, RealMe 3 (Review) is powered by MediaTek Helio P70 chipset and if they used the same chipset in their same devices and people will gonna go for RealMe 3i and they will forget about RealMe 3. So, in that case, no one will buy RealMe 3.

RealMe 3 and 3i have same specifications apart of the chipset, if you compare these smartphone sides by side then you might not see any difference. But yes RealMe 3i is priced one thousand lesser then RealMe 3, so if you want to save Rs 1,000 then just go with RealMe 3i.

It has Helio P70 chipset inside, still, you will able to play almost every single games on this device like PUBG, Asphalt 9, Modern Combat 5, but of course it’s not a gaming smartphone which means if you played games more then 30 minutes then RealMe 3i will lag a little bit and a little bit warm. So yes you can’t play hight graphical games for a long time but for casual gaming, it might be a great choice.

In the end, if your budget is around Rs 7,999 then yes no doubt RealMe 3i might be a great choice for you, it has everything that you will need in a smartphone and considering the price tag you are getting everything.

It has a dual-camera setup featuring a 13-megapixel primary sensor with F/1.8 aperture and 2-megapixel depth sensor. On the front, it has 13-megapixel selfie shooter with F/2.0 aperture. The rear and front camera can record video up to 1080p@30fps.

The RealMe 3i do capture decent images in good lighting condition, but yes you will see little bit white tint on the images. I think considering the price point RealMe is offering great value in camera quality, if you have used RealMe 3 earlier then you will not gonna see any difference in RealMe 3i’s cameras.

What RealMe has done with RealMe 3i?

The company have just changed the chipset and launched phone 1k lower then RealMe 3. So if you already own RealMe 3 or Redmi 7A or RealMe C2 then you don’t need to purchase RealMe 3i.

The smartphone can shoot video in 1080p@30fps and there is no OIS or EIS present in cameras. And I know no one will give you OIS or EIS below 10k but as a reviewer, I need to mention that here.

Overall, at Rs 7,999 you are getting a great camera setup, great chipset, and good quality display. I haven’t had any problem in the camera department and yes camera will improve via OTA update.

As I have said when a smartphone comes with only HD+ display which means you will get great battery life. By the way, it has 4,230 mAh non-removable battery with a USB port. One thing I have added in every smartphone review is,

Overall it has good battery life and it might last for a whole two days, if you are not a very heavy user.

The RealMe 3i is priced at Rs 7,999 and I think compnay has provided everything in one single budget smartphone. So if your budget is below 10k then this might be a great choice for you.