Micromax uses to be king of Mobiles back in 2014 but something happened and Micromax disappear just like that.

We all know what kind of smartphone Micromax use to sell but now in 2020, it looks like Micromax is back on track.

They have launched two new phones and this is a budget centric device and this time they didn’t make any kind of mistakes. So let’s review the newly launched Micromax IN Note 1 and see whether you should spend 11k or not?

The phone will be available from 26th November 2020 at noon via the Flipkart website. You can buy Micromax IN Note 1 in White and Green colour options.

As you can see, Micromax IN Note 1 comes with an FHD+ display and yes, this is a 60Hz LCD display but Micromax didn’t use Corning Gorilla glass, they have gone with Caihong Glass which is a Chinese brand.

As of now, we haven’t seen this kind of glass in any other smartphones, so only time will tell how is the glass quality.

As of now, the display is looking good, there is nothing to worry about but the display protection is the big question here.

Also, Micromax did put the Caihong Glass name on their website but after some time they just removed the Caihong name because this is a Chinese company and they are marketing new IN mobiles as MADE IN INDIA smartphones.

Also Read: Micromax IN 1B Review with Pros and Cons

You can also use this phone under the sunlight and you will be able to see the display without any problem because it has 440 nits brightness which will be good enough to see the screen.

Also, the phone doesn’t have Widevine L1 support which means you can’t stream FHD+ content on Netflix or any other OTT platform.

Micromax has given Widevine L3 support which is not acceptable at 11k but they can fix this problem via OTA update like what POCO did with POCO F1 but this is Micromax, so can’t say much here.

So yes, if you’re worried about Micromax IN Note 1 display then don’t because Micromax has done a good job and I hope they continue the same thing with upcoming IN Mobiles.

There are some rumours that Micromax has partnered with Honor which means Micromax will sell Honor phones under its brand but Rahul Sharma, CEO of Micromax has denied everything.

Honour 10x render has come and it looks exactly like Micromax IN Note 1, so what’s the truth, only time will tell, I hope, all this is the rumours.

Coming back to the build, Micromax IN Note 1 has a Glass front, plastic back, plastic frame and as I have said, Micromax has used Caihong Glass instant of Corning Gorilla glass.

No one can question the plastic back because most of the phones are coming with a plastic back and this is an 11k phone, I don’t think, there will be a huge problem for anyone.

Also, the smartphone is looking great, so if you like what Micromax has done or if you like the design then just go for it. I don’t say much about design because it’s a personal preference, some will like and some will hate it.

Micromax IN Note 1 comes with a Quad camera setup but those 2MP+2MP sensors are just for marketing, so if you can forget about two sensors then it will be great.

Talking about the 48MP primary sensor and 5MP ultra-wide lens, as of now, Micromax didn’t say or add anything on their website about which 48MP sensor they have used.

Of course, that 48MP sensor will take a good image because it has more pixels which means, it will capture more details. I have added some images down below, so let me know what you think…

That 5MP ultra-wide lens should have been 8MP because an ultra-wide lens needs more pixels to get the best images, if the sensor is small then it won’t give the best details and images will be turned out to be blurry and non-useable.

You can see, the ultra-side shot on the images I gave above. Images were shot under sunlight and yet, it doesn’t look great, so I think the 8MP sensor should have a great choice.

Also, the Micromax IN Note 1 is priced at Rs 10,999 and I can’t say much here because this is a budget centric smartphone, so I can understand, why they didn’t go with an 8MP sensor.

Can’t complain much about the camera because at 11k everyone else also provides the same cameras.

Overall, don’t expect much from cameras because this is a budget cantic smartphone and you can’t get everything. In short, the camera is average on this phone.

We have seen MediaTek Helio G85 in lots of devices, so most people already know how Micromax IN Note 1 will perform.

The only thing separate Micromax IN Note 1 from all the other smartphones is Stock UI, yes, this phone is running on Android 10 and it will get updates for the next two years which is confirmed by Micromax.

Also Read: Is it Worth Buying Micromax IN 1b

MediaTek Helio G85 is not a very powerful processor but at 11k, this is the best you can get. You will be able to play COD Mobile and PUBG too if it’s launched again in India.

Keep in mind, if you play games for too long then the phone will get warm and you will feel the heat but it can run COD Mobile which is a good thing.

It’s running on Android 10 and the phone doesn’t have ads in the UI, unlike Redmi or RealMe devices. Also, Micromax didn’t pre-installed any third-party apps, the phone only has Google apps and that’s it.

Update: Micromax has fixed the multi-touch issue on IN Note 1 with OTA update and now you can use up to 10 fingers at one time.

One thing to note here is Micromax has provided stock UI but they didn’t optimize the UI very well which you will see on the video I added above.

Everything does look great but when you use the phone everything feels messy. All the animation Micromax has added is looking leggy and it’s doesn’t feel like an 11k phone.

Also, as of now, you can play COD Mobile or any other games with two fingers only which is kind of odd, the screen only supports the two fingers touch.

For example, if you want to use three or more fingers while playing any games then it won’t work, the phone only supports two fingers. I hope, this is only a software problem and not a hardware problem. In short, UI needs optimization.

Micromax IN Note 1 comes with a huge 5,000 mAh battery with 18W fast charging support and yes, the 18W charger is included in the box.

The battery will last for two days if you’re a normal user but if you play games and watch movies then it might be dead in one day and you have to charge the phone from around 8 PM to 9 PM.

Overall, there won’t be a problem with battery life because it has a 5,000 mAh battery and it’s running on Stock UI which will help the battery a lot.

The Micromax IN Note 1 only has a single-bottom firing speaker but that one speaker is good enough. It has enough bass and all the instruments are easy to hear.

The phone also has a 3.5mm audio jack which is a kind of add-on feature these days but hey, it’s there.

Also, there won’t be any problem in calling because it has a dual microphone, one is on the bottom and the second is on the top side.

Overall, the Audio quality and call quality is great and I don’t think, you will face any problem.

Micromax IN Note 1 is a power pack smartphone, it has everything that you can think of.

It can run almost all the games including COD Mobile, it also has a huge 5,000mAh battery with 18W fast charging support and it’s running on Stock Android 10.

So, Yes Micromax IN Note 1 is value for money device.

Do I Recommend Micromax IN Note 1

I don’t recommend Micromax IN Note 1 because the phone has lots of bugs and it also doesn’t have Widevine L1 which means you can’t watch FHD+ TV shows or movies on Netflix or Prime videos, the phone has Widevine L3 which means, Media streaming will be restricted to 480p.

In short, it’s better to skip Micromax IN Note 1 and wait for the next Micromax device because this one has tons of buds which will ruin the user experience.

The phone does have the best specifications at 11k but Micromax didn’t optimize the software very well and that’s the reason, it has tons of bugs from camera UI to Ram management.

Check out Micromax IN Note 1

Micromax IN Note 1 Pros and Cons

What do you think about Micromax coming back, will they be around or it will be the same as in the past?

In this article:Micromax IN, Micromax In Note 1, Phones, Tech Update 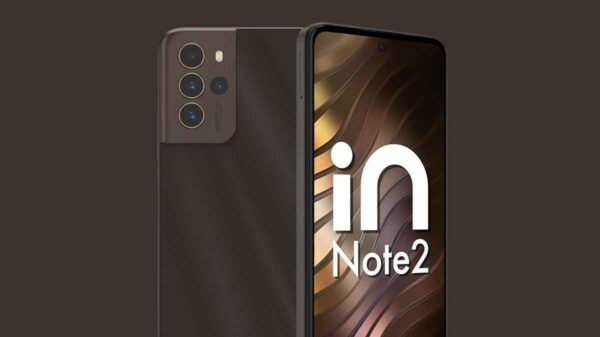