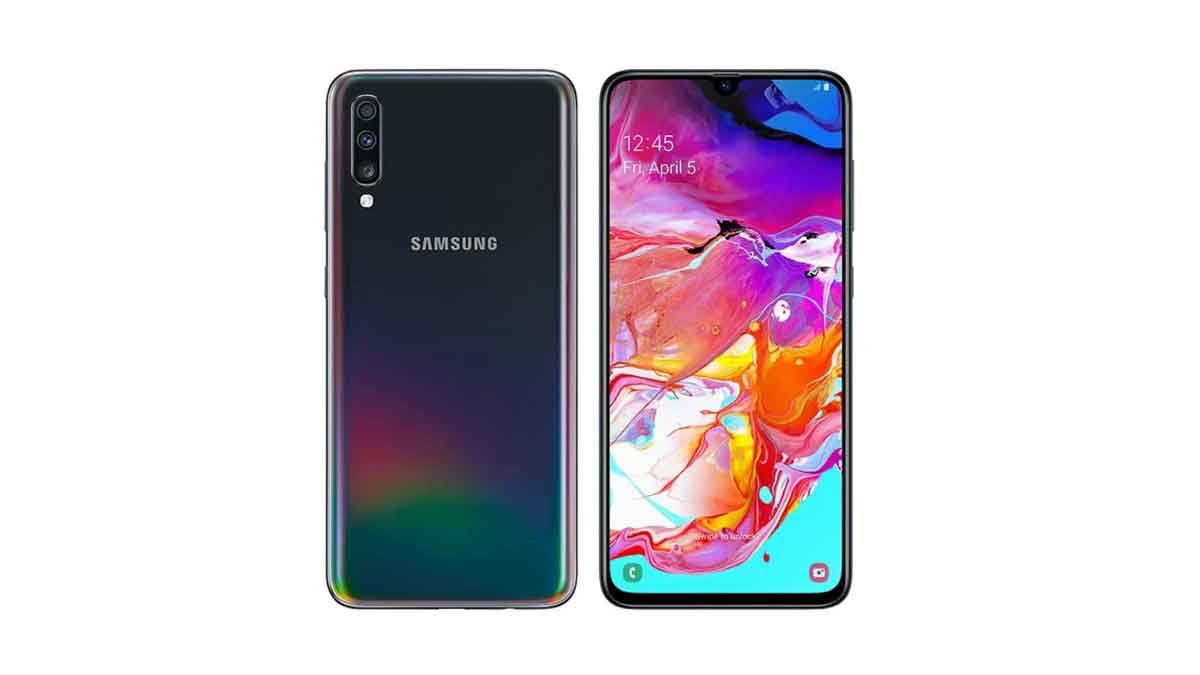 Recently Samsung launched Galaxy A70 and Galaxy A80 in Bankok and now the company just launched Galaxy A70 in India but yes compnay haven’t said anything about A80 yet, so maybe it may launch later this month in India. So now let’s take a look at this newly launched device.

The smartphone has a huge 6.70-inches Full HD+ super AMOLED display with a resolution of 2400 pixels by 1080 and 164.3×76.7×7.9 mm dimensions, the device also features a ‘U shaped’ display notch. About design, the device covered with glass uni-body that means you need to be very careful if you buy this device, by the way, the Galaxy A70 is available in Blue, Black, and White color options.

Under the hood, the handset has Qualcomm Snapdragon 675 Soc with is built on 11 nm technology with Adreno 612 GPU inside and octa-core 8×Kryo 460 CPU. The device runs on the latest One UI based on Android 9.0 (pie). It will be available in 6 GB of Ram and 128 GB of internal storage and yes you can also expand storage up to 512 GB via micro-SD card slot.

The Galaxy A70 is packed with 4,500 mAh non-removable battery with 25W fast charging support, and yes it has the type-C port. It also features an in-display fingerprint sensor and Bluetooth 5.0 supports.

For 6 GB of Ram and 128 GB internal storage, the device priced at Rs 28,990 and it will go for sale on April 20th via Flipkart IN.  Now let us know your thought about Samsung Galaxy A70 in the comment section below.