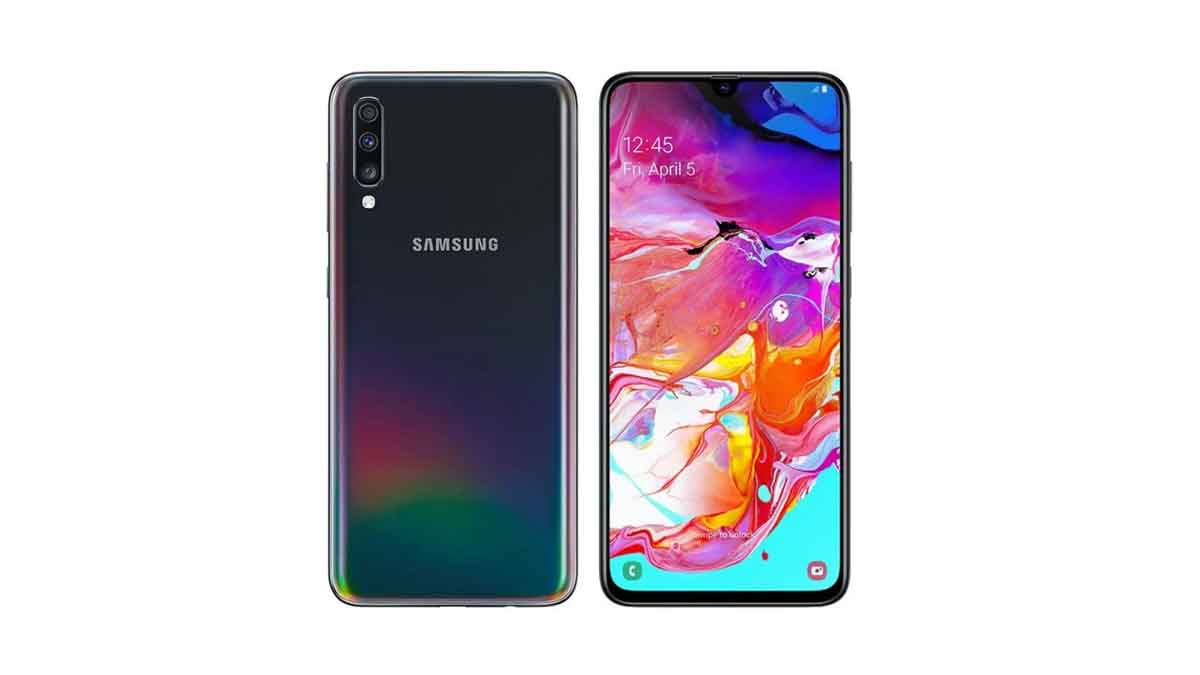 Samsung just launched two new smartphones, the Samsung Galaxy A70 and the second one is Galaxy A80. The Samsung Galaxy A70 has a triple rear camera setup which very common nowadays but there is something unique about this device that will change the performance, so let’s more about galaxy A70

The handset features a huge 6.70-inches AMOLED Full HD+ display with the resolution of 1080 pixels by 2400 and yes it has ‘U shaped’ display notch that is present on the top side of this device. It also comes with an in-display fingerprint sensor and become possible because of the AMOLED screen panel.

Galaxy A70 is available in two variant, 6 GB/8 GB Ram along with 128 GB internal storage and of course price for both variant will be different form each variant, it’s up to you which variant you want to purchase and like Galaxy A80, it doesn’t have the micro-SD card slot

Talking about the camera, the smartphone has the triple, 32-megapixel primary live focus sensor with F/1.7 aperture, 8-megapixel ultra-wide lens F/2.2 aperture and 5-megapixel depth sensor for portrait shots with F/2.2 aperture. On the front side, it has 32-megapixel selfie shooter with F/2.0 aperture which is present on dewdrop notch

The smartphone is powered by all-new Qualcomm Snapdragon 665 soc which is built on 11 nm technology with Adreno 610 GPU inside, the device runs on One UI based on Android 9.0 (Pie). The Samsung Galaxy A70 is the first smartphone that has snapdragon 665 soc, so we don’t know yet how this smartphone will perform but yes no doubt it’s looking way powerful than 660 soc

The Galaxy A70 is packed with 4,500 mAh battery with 25W fast charging support and yes it also has Type-C port.

Now let’s see when Samsung launches those new smartphones in India. Meanwhile, you can let us know your thoughts in the comment section below.