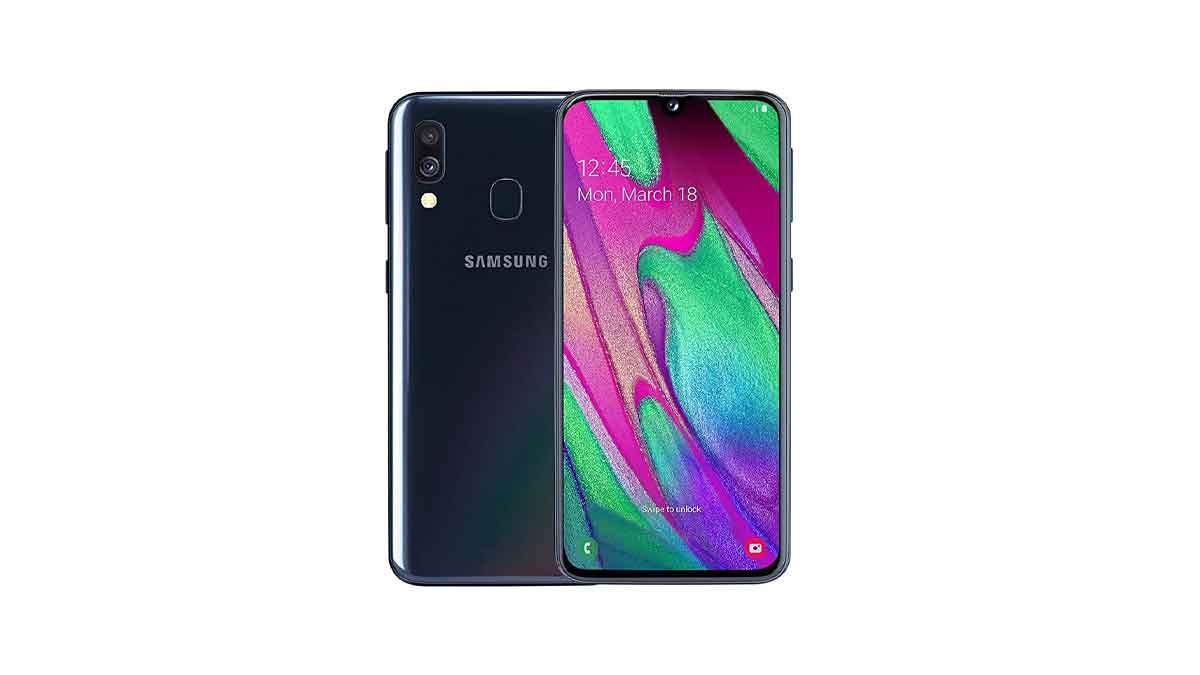 In recent time Samsung launch too many smartphones, for example, yesterday the company launched Galaxy A80 and Galaxy A70 with an all-new chipset that is introduced by Qualcomm and now Company just launched the Samsung Galaxy A40 with the price of Rs 19,500, so let’s take a closer look at this newly born device

The Galaxy A40 device features 5.90-inches Full HD+ Super AMOLED display with the resolution of 2340 pixels by 1080 and yes it has ‘ U shaped’ display notch on the top side of this device. By the way, the screen is AMOLED but still, company didn’t implement an in-display fingerprint sensor

Coming to the camera department, the handset some with a dual 16-megapixel main sensor and 5-megapixel with F/1.7 aperture depth sensor which is used to take a portrait shot and it has F/2.2 aperture. On the other side, the smartphone features 25-megapixel selfie shooter with F/2.0 aperture. The camera can shoot video up-to [email protected] FPS and yes this device does support 4K video recording but Samsung hasn’t enabled these features yet.

Also Read: Samsung Galaxy A20 launched in India for Rs 12490

The device is powered by Exynos 7885 chipset which is built on 14 nm technology with ARM’s Mali-G71 GPU GPU inside, the handset runs on Samsung’s latest One UI which is based on Android 9.0 (Pie). So performance is going to be very good on this device but yes don’t expect too much because it’s a mid-range device, not a flagship smartphone.

Samsung Galaxy A40 is packed with 3,100 mAh non-removable battery with 15W fast charging support and the smartphone comes with USB Type-C support. The fingerprint sensor is present on the backside of this device, talking about the rear side, galaxy A40 comes with “3D Glastic” finish which gives a beautiful look

Samsung Galaxy A40 has only 4 GB of Ram and 64 GB internal storage and the device has dedicated SD card slot that means you can also expand storage up to 512 GB via micro-SD card, it will be available in Black, White, Coral, and Blue colour option. So if you really want to buy this smartphone then it will cost you around EURO 250 (Rs 19,500).

There no official confirmation about India launch but it may launch soon.