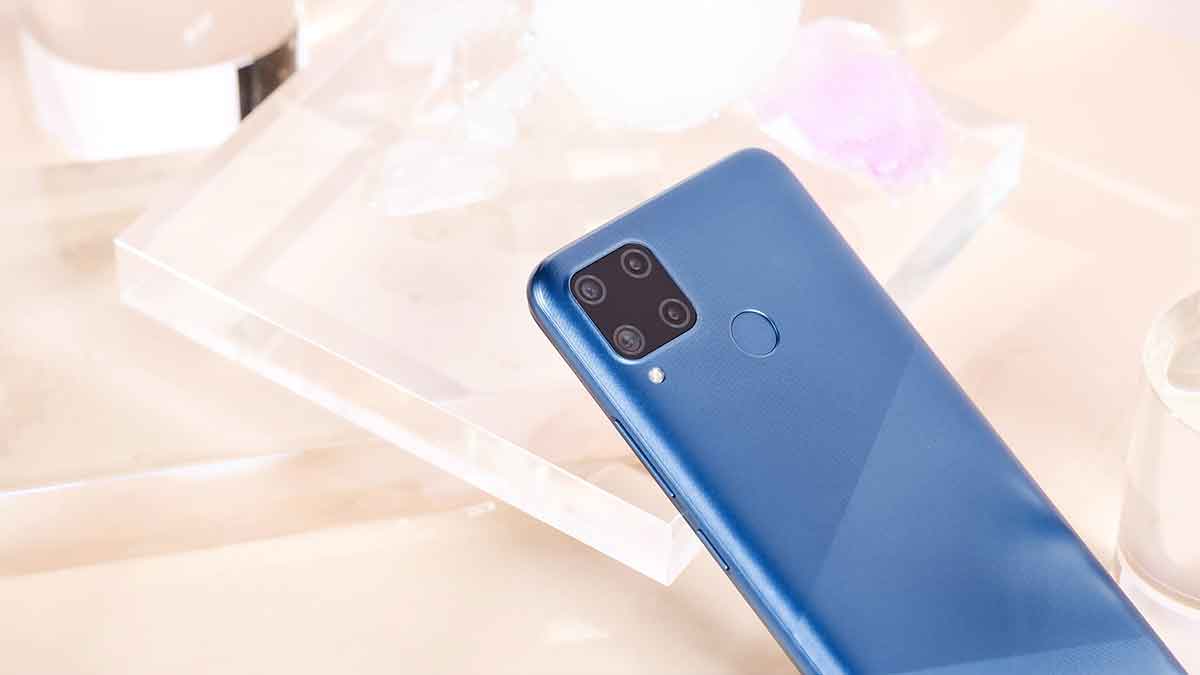 RealMe C12 comes with 6.50 inches HD+ display with 720 x 1560 pixels resolutions and this is an LCD display. RealMe didn’t mention what kind of glass they have used t protect the front side but per some report, the phone has corning gorilla glass.

Also Read: Is it Worth Buying RealMe C12?

As far as the camera concert, the RealMe C12 has 13MP primary sensor, 2MP depth sensor, and 2MP macro lens while 5MP selfie shooter. Both of these cameras can shoot video up to [email protected] while there is an option for slow-mo, time-lapse, and others.

The phone is powered MediaTek Helio G35 SoC which is a gaming processor and it has Octa-core 2.3 GHz Cortex-A53 CPU and IMG PowerVR GE8320 GPU. It’s running on RealMe UI 1.0 adopted from Color OS 7 and based on Android 10, also the phone will get Android 11 update once OPPO release the Color OS 8.0.

To powerup the phone, RealMe has added massive 6,000 mAh Battery with 10W charging support. Also, the phone has dual SIM card slot and dedicated micro-SD card slot but sadly, the phone has micro-USB port for charging.

The phone has all the needed sensors including Fingerprint (rear-mounted), accelerometer, proximity, compass. You can buy RealMe C12 is Marine Blue, Coral Red colors.

I won’t waste your time here because RealMe C12 and C15 have almost the same specifications, just minor changes which I will add down below.

RealMe C15 has Quad 13MP primary sensor, 8MP ultra-wide lens, 2MP depth sensor, and 2MP macro lens while 8MP selfie shooter. Both of these cameras can shoot video up to [email protected] while there is an option for slow-mo, time-lapse, and others.

Also, the battery is the same on the phones but RealMe C15 support up to 18W fast charging support and has 6,000 mAh battery.

That’s it, everything else is the same on both the phones. The Price is a difference which I told you in the beginning.

I won’t post a review for these devices because I don’t think it’s value for money phones, you can get a better phone at the same price in India. So I would say, don’t waste your money.

If you want to buy a new phone under Rs 10,000 in India then do check out this list. Also, you can take a look at the newly launched Redmi 9 Prime which is also priced at Rs 9,999 but this phone has way better specification then what RealMe is offering you with RealMe C12, and C15.

This is what I feel about RealMe C12, and C15. Do let me know what you think about these phone in the comment box below.

Is it Worth Buying RealMe C12?