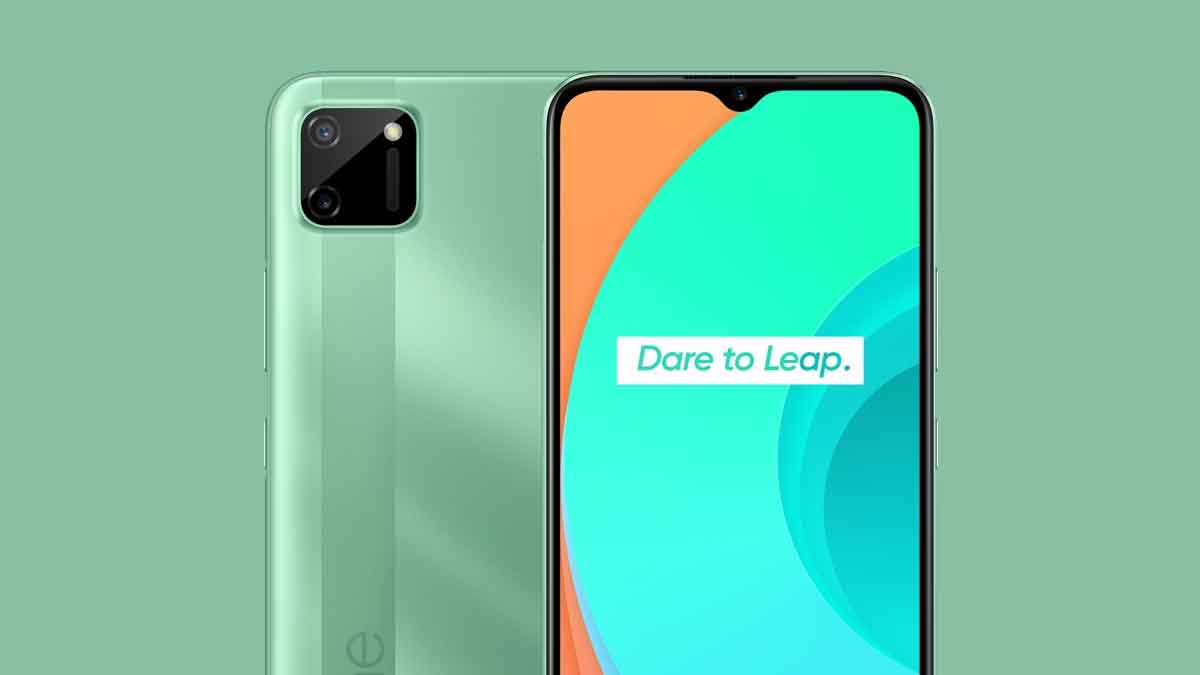 RealMe just launched RealMe C11 in India and if you’re wondering where is RealMe C4 then don’t ask because no one knows what happened with RealMe C4. Talking about RealMe C11, the phone is powered by MediaTek Helio G35, dual-camera setup, a whopping 5,000 mAh battery. So let’s see what new RealMe has to offer with RealMe C11.

RealMe C11 is priced at Rs 7,499 for 2GB of Ram and 32GB storage, also, there is no other variant available. So you have to buy a 2GB variant. The phone is available in Rich Grey and Rich Green colour options and it will go for sale on 21st July 2020 via Flipkart, an aRealMe website at noon.

RealMe C11 comes with 6.50 inches HD+ display with 720×1600 pixels resolutions and it has waterdrop notch. As I have said, the phone is powered by 12nm MediaTek Helio G35 that comes with IMG PowerVR GE8320 GPU and Arm Cortex-A53 CPU.

Also, this is a RealMe branded phone that means you will see RealMe UI 1.0 adopted from Color OS 7.0 based on Android 10. So whenever OPPO launches Color OS 8.0, RealMe C11 will get RealMe UI 2.0 update.

To powerup RealMe C11, RealMe has provided 5,000 mAh non-removable battery with 10W charging support and the 10W charger will be available in the box. Also, the phone has macro-USB port for charging that said, no Type-C port yet…

RealMe C11 weight is about 196 grams and its available in Rich Grey and Rich Green colour options. By the way, you can use two SIM card and macro SD which is a good thing because the phone is only available in one variant. Also, the phone doesn’t have a fingerprint sensor.

RealMe C11 is not built for gaming, so if you’re buying this phone just for gaming then I would say go with RealMe C3 or RealMe Narzo 10A.

RealMe C11 does have a new design, better camera but when it comes to performance, it’s not the best. RealMe did some cost-coting because the company also have the RealMe C3 and Narzo 10A if they have provided better processor then you know what could have happened with these two phones.

I would say, add thousand more and go with RealMe Narzo 10A.

In the end, do let me know what you think about RealMe C11 in the comment box below.