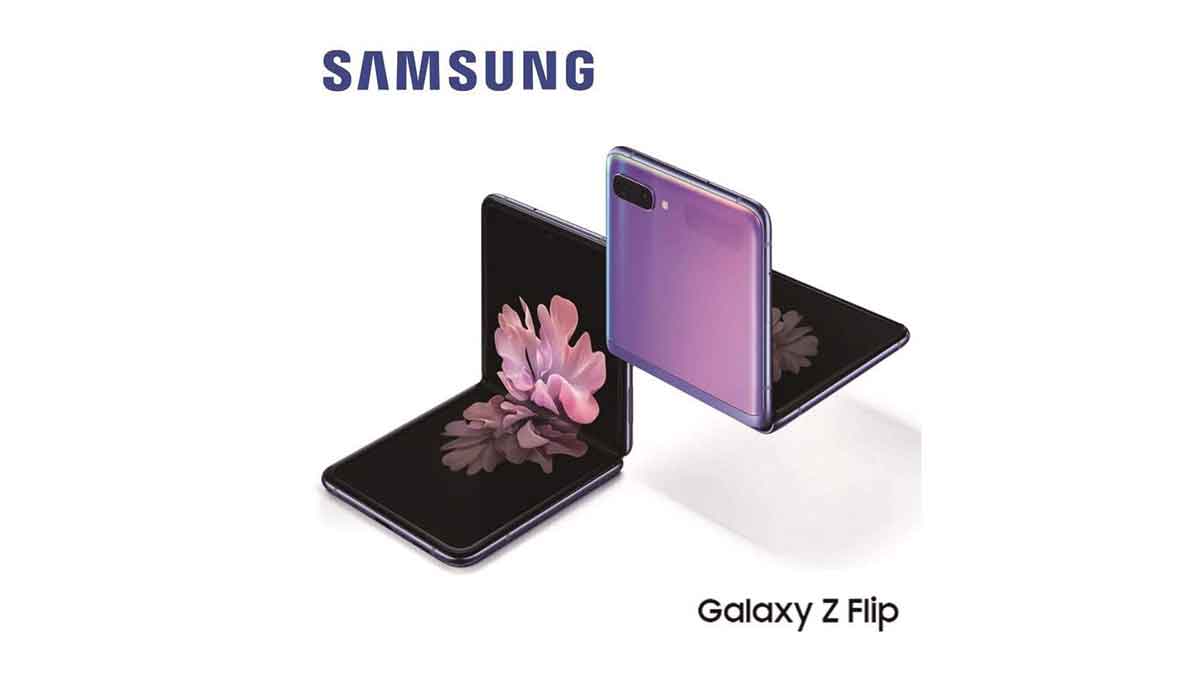 Okay, so another foldable phone is here and this one kinda looks like Motorola Razr which recently launched in the US. I know, both are totally different phones but in terms of design, it looks similar. The Galaxy Z Flip is powered by Qualcomm Snapdragon 855 processor and priced at $1,380 and for now, it’s only available in the US.

The phone has 6.70-inches Full HD+ AMOLED display with the resolution of 2636 pixels by 1080, so yes it has only FHD+ display but I’m not complaining because it’s new tech and it’s good. By the way, Samsung also added a 300 x 112 resolution display on the rear side which is very tiny, so you can use that tiny display to see time and take selfies.

As we all know, Samsung has used plastic display on Galaxy Fold but with this Galaxy Z flip, Samsung went with a glass display. The phone is coupled with 12MP + 12MP rear cameras and a 10MP front camera setup.

The Galaxy Z Flip comes with 8GB of Ram and 256 GB inbuilt storage. It also has a 3,300 mAh non-removable battery which is very low but this is what we get in a $1,380 phone. The phone runs on OneUI based on Android 10 out of the box.

The phone sports One eSIM and one Nano-SIM and has an ultrasonic fingerprint sensor that side-mounted. In-short, this phone has almost everything which you can expect from Samsung.

Now if you want to buy Galaxy Z Flip then this is what you will get in the box. Galaxy Z Flip, Data Cable, Travel Adapter, Ejection Pin, USB Connector (OTG), Quick Start Guide, Clear Cover, Earphones (USB Type-C) with sound by AKG.

Overall, I would say, it’s new technology and it’s built for everyone because still, the foldable screen is not that great, I mean you have to see Hinge when you fold the phone or if you’re scrolling through apps or something. So, it’s cool tech device but I don’t see many people will buy a $1,380 phone, just to fold and unfold.