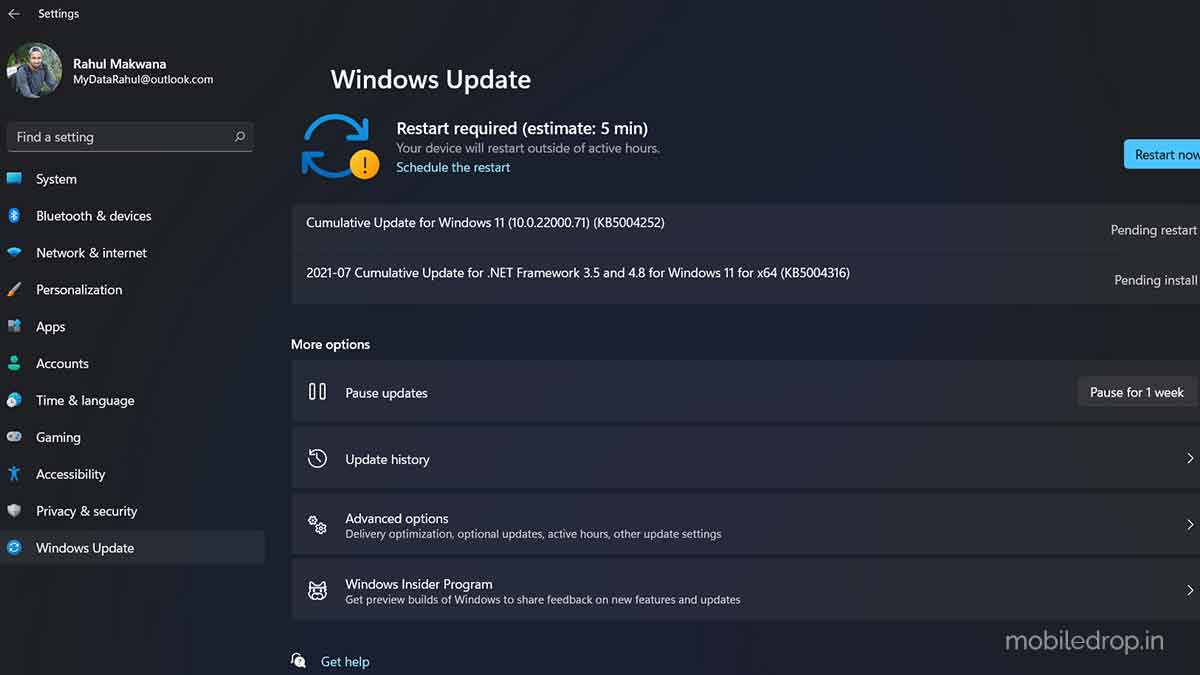 Microsoft is back with another developer preview update for Windows 11. Just check the update option on your PC/laptop and install the Update. The build has fixed some of the bugs and added some of the new features.

So let’s take look at Windows 11 Build 22000.71 and see what Microsoft has changed in this new developer build.

Check out the Windows blog website for the compare change long and updates.

How to register for the Windows 11 Insider...